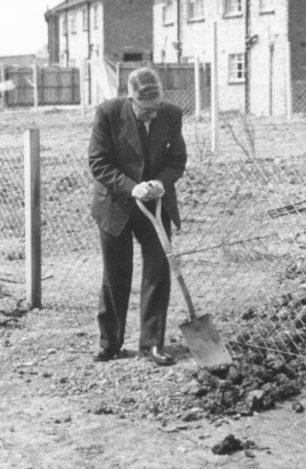 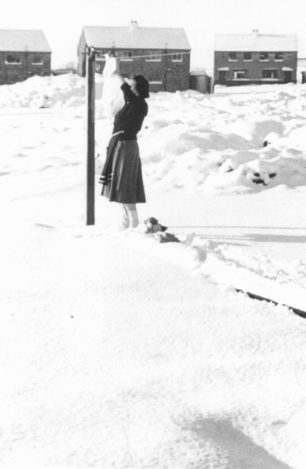 Milton Keynes was built to cope with a growing population in the latter half of the 20th century. Prior to Milton Keynes being built one of the towns that saw much of this growth was Bletchley. It started during the 2nd World War when “the population of Buckinghamshire alone had been swollen by 35%”, according to Marion Hill in the introduction to her book ‘Bigger, Brighter, Better’:

“By 1966, Bletchley had grown from a small, quiet, country town to a bustling new home for thousands of newcomers, and was destined to become part of the future new city of Milton Keynes.”

A chance to start a new life

A lot of families who migrated to Bletchley after the War came from London areas such as Willesden, Wembley and Harrow where the housing situation was poor and jobs for skilled labourers were scarce. They were attracted by the offer of jobs and housing and a chance to start a new life.

According to Pam Porter, a ‘settler’: “We lived in two rooms on the second floor of a house in Islington, five flights of stairs down to the toilet and as the children were small they weren’t allowed to use the toilet because it wasn’t very clean and so when we moved to Bletchley they were so pleased that they’d got a toilet they could use, Linda locked herself in the first day we moved in.” .

Another ‘settler’ Pat Flinn remembered: “You came with the job – you had to have a job – the job went with the house really…”

The reaction of locals

Inevitably with the influx of new people there was a mixed reaction amongst the townspeople:“Londoners were classed as wide boys and viewed with suspicion – they were a bit fast. There were two totally different ways of life: up there, the big city; here, you’re in the country.” (Bob Berry)

“Often people used to say, ‘Ooh, these Londoners’. I thought it was very sad, wasn’t it, ‘cause after all they wanted a decent home to live in, didn’t they?” (Marjorie Clarke)

Through the passage of time things have settled and now many of the original settlers that stayed here are considered ‘natives’ to the area:“We’ve got six grandchildren, it’s lovely really. So our roots are in Bletchley. We said if we ever won the Lottery, we wouldn’t want to move out of Bletchley, no never move. We moved out once and see our mistake and come back. Never move again, not out of Bletchley.” (Alec Gifford)(Source, ‘Bigger Brighter Better: the story of Bletchley 1944-1966 told by its residents’ Edited by Marion Hill, published by The Living Archive Project 1996)