My name is Dorothy. I was born in the Rossendale Valley in Lancashire in 1934. I am the youngest of four. Derek, Betty and Jack. 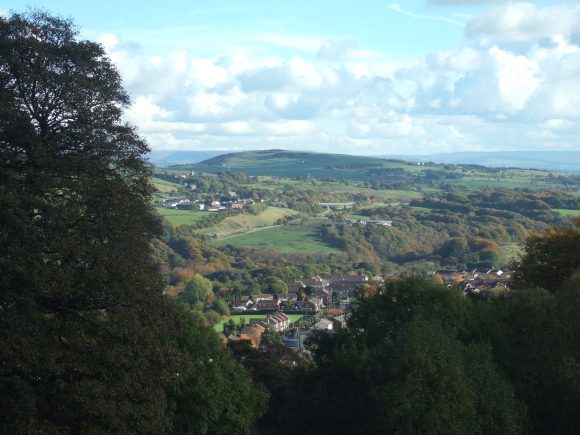 My Mother and Father lived in a coach house next to a farmhouse where I was born. I remember my Mother telling me you didn’t go to hospital to have your babies then. The midwife, nurse Bo would call. If you had to give a water sample you would put it in a jar and leave it under a stone outside her door. You wouldn’t see the midwife again until you started in labour. I remember my Mother saying that when she did go into labour the midwife came and while she was in excruciating pain, my Father and nurse Bo played brass band records on an old wind up gramophone.

My dad in his army uniform

I was 10lb.12oz when I was born. My Mother and Father named me after my Cousin Dorothy who was around ten years old at the time. As my parents both had to work I was looked after in the School holidays by her parents, my uncle and aunt. Dorothy is also my Godmother, and so arranged my confirmation when I was 11 years old. I had a confirmation dress made by a local tailors, this was quite an expensive thing at the time and my Auntie helped to pay. I took my vows and then we went to my Aunties house and had a special tea. We had sandwiches and cake and jelly.

We moved from the Coach house down into the Valley of Waterfoot. I went to Waterfoot primary School. I remember my first day at School, I was either three or four years old and holding my Mums hand and walking into School. Schooldays were quite happy, I remember the sandpit and a huge great big rocking horse. After dinner we would ‘have’ to have a sleep. We had folding camp beds and blue blankets, I always knew which was mine as mine had an umbrella embroidered on it, as did my hook where I hung my coat and my Gas mask.

I met Bill and we married when I was 20 and had two lovely children. Jill and Charles.

Bill had by this time taken a job on the railway. Bill was offered the chance to transfer with his job and work in the signal box at Leighton Buzzard. This would obviously involve a move from The Rossendale Valley which I loved so much, and a move away from my family who were all nearby.

We were offered railway housing in Bletchley which was a small two bedroomed property in Railway Terrace. It was right next to the railway sheds which caused a lot of noise.

We then had another child, Alison. Railway Terrace was a lovely place to live, it was a real community. There were a number of people with children and they all used to play in front of the terrace which was safe as there were so few cars around. Also the houses only had a small yard at the back which was not really big enough for the older children to play.

One of my daughters in the yard at Railway Terrace

We used to take a picnic and go through the gap behind Railway Terrace to The Blue Lagoon, or the bluey or newfoundout as some called it. As the children got older they could easily lose a whole day spent at the bluey.

At ‘The Bluey’ Bill, Jill and my niece and nephew

Bill always had an allotment to grow fruit and vegetables for the family. He provided much of what we had for our meals. He also kept some chickens which helped to save money as they ate any scraps that may have been left over. The allotments were just across the road from The Terrace which was right near the ‘flyover’ bridge.

Alison at the allotment

I have many happy memories of The Terrace and was very sad when it was compulsory purchased to make way for more modern buildings. We were moved to Pinewood drive in Bletchley which had a nice outlook over the canal but did not have the same community feeling as The Terrace had. 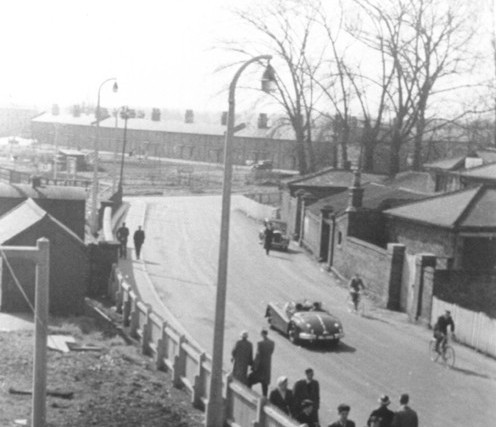 You can see Railway Terrace in the background

To conclude my family has now grown up and are happily settled in their lives and I am very proud of them and my grandchildren and great grandchildren, what more could a mother ask for. This is my life!