An unusual story of wartime rationing 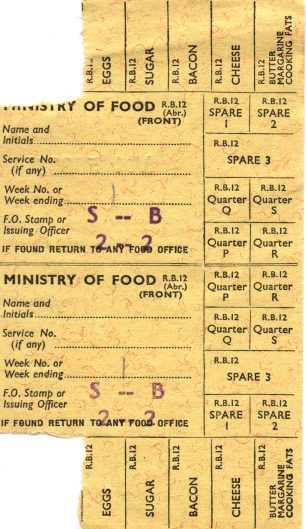 A man, lodging locally, pleaded guilty to wasting food on three occasions by throwing away fish sandwiches given to him by his landlady.

On two dates in September, a packet of fish sandwiches was found in the public convenience in George Street. The premises were then watched and the accused admitted he had left them on a ledge. His landlady said she had given him the sandwiches and he always took them.

A Special Constable said he found the sandwiches in the toilets on September 3rd and took them to the Police Station. A Detective Constable said he watched the public convenience on September 9th and gathered further evidence. The accused admitted doing this over a period of six months. He was ordered to pay a fine.