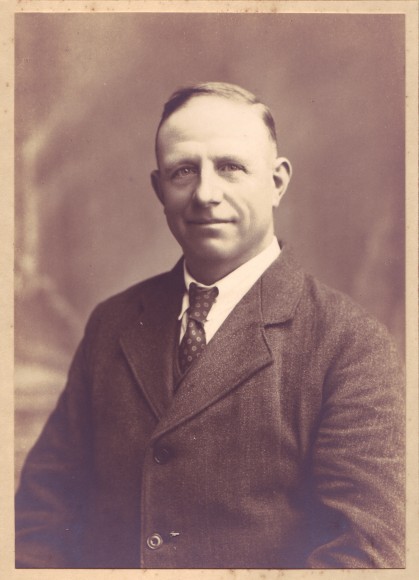 Ernest William Peverill farmed at Home Farm Whaddon from 1918 until 1953.

The farm was part of the Whaddon Hall estate and Mr. Tesh was the estate manager. 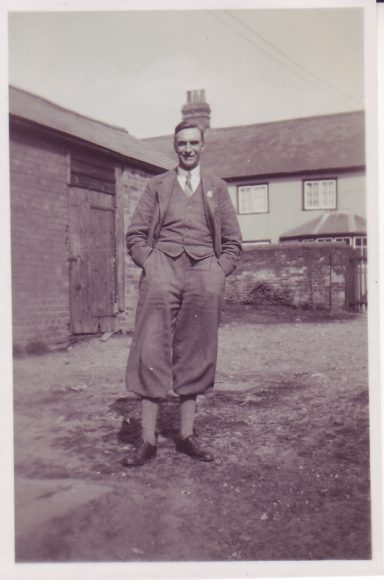 The farm was predominantly used for grazing cattle and sheep but during the Second World War the local War Agricultural Committee provided additional tractors to plough up the grazing land for crops. 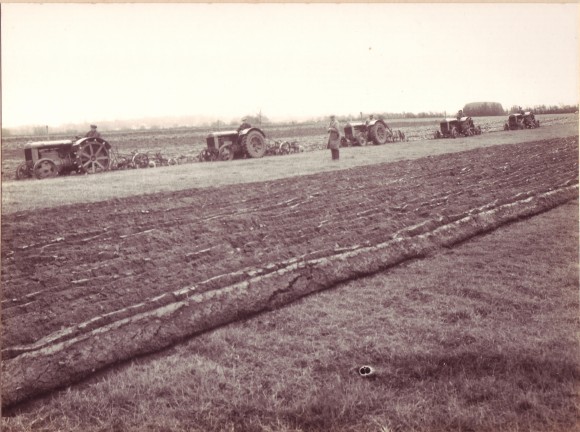 Seeing five tractors at a time was then a very unusual sight.

Several soldiers working in connection with activities at Whaddon Hall were billeted on the family one of whom was a dispatch rider – hence the motorcycle. 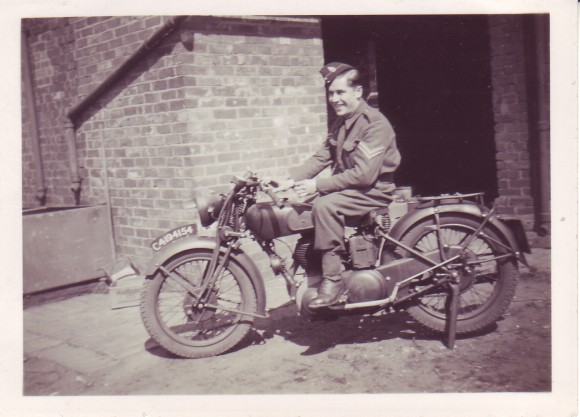 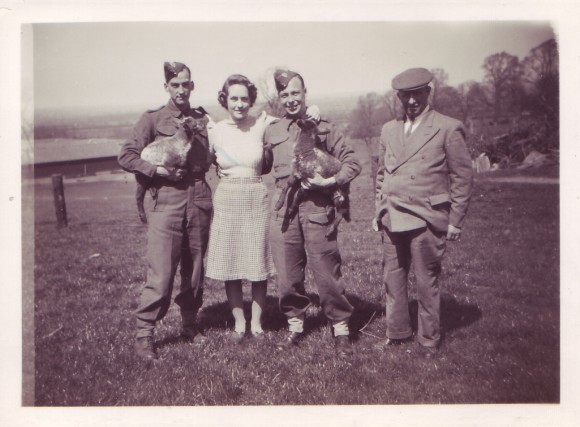 Soldiers billeted at Home Farm with Mr. Peverill and his daughter