You are here: Home>Archive>Bigger Brighter Better>Oral history audio recordings with Bletchley residents who moved to the town for work related reasons.>Interview with Harold Hudson (b.1909) about housing developments and local events in Bletchley, and changes in local politics and government.

Interview with Harold Hudson (b.1909) about housing developments and local events in Bletchley, and changes in local politics and government. 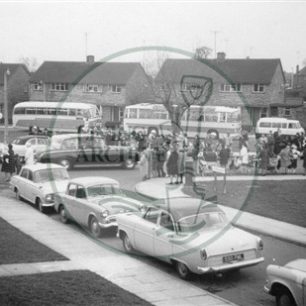 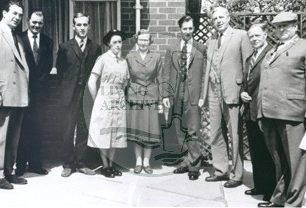 Harold Hudson remembers that the Bletchley Councillors were impressed by their visit to Sweden to consider the building of high-rise flats. He talks of the subsequent building of Mellish Court in Bletchley and the careful choice of the first tenants.

Recalling local housing development he comments that the Lakes Estate was the result of the Council’s enthusiasm for expansion, in anticipation of the new town coming. He talks of the London County Council’s role in selecting the builders, the housing lists, and overspill tenants. In his opinion the key committee for Bletchley’s expansion was the Development Committee. He recalls that all the projects needed loans raised, which had to be sanctioned by Whitehall. In 1967, John Smithie became Town Manager; this was unusual since the usual practice elsewhere was for the Town Clerk to become Manager.

He remembers the detailed planning for the Queens visit to Bletchley; the Lord Lieutenant and the Council suggested a suitable route and programme. He comments on Robert Maxwell’s life in Bletchley and remembers Maxwell’s disagreements with other Labour Party members. He himself belonged to no political party. He remembers Charlie Head as ‘a good Councillor, outspoken … but accepted by all’.

He took early retirement in 1969 and since then has been very involved with the Bletchley Archaeological Society and Workers Educational Association. In his opinion the development of Milton Keynes (MK) stopped ‘Bigger, Brighter, Better Bletchley’ being fully achieved; Bletchley was lost in the larger MK centre. But he thinks that MK is better than other new towns. He discusses developments in local politics and local government these days and the changes that have occurred since he retired.