You are here: Home>Archive>Bigger Brighter Better>Oral history audio recordings with Bletchley residents who moved to the town for work related reasons.>Interview with Bob Berry (b.1927) about life as a railway employee in Bletchley, local amenities, housing. and the Labour Party.

Interview with Bob Berry (b.1927) about life as a railway employee in Bletchley, local amenities, housing. and the Labour Party. 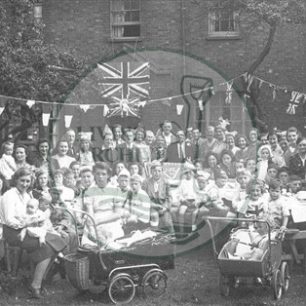 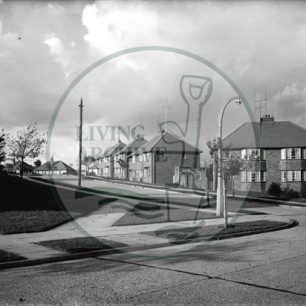 Bob Berry lived in Tilbury as a boy. He moved to Bletchley in late 1943 and worked in a brush factory, later he joined the London Midland and Scottish railway ‘on the footplate’ and describes his life as a railway employee: shift patterns, working hours and progression to fireman and finally engine driver. He comments on competition for jobs as cleaner industries opened up in Bletchley; but railway workers were loyal.

He found that Bletchley people ‘stuck together’ and were a bit suspicious of outsiders. He recalls street parties to celebrate VE Day. He met his wife, a Bletchley girl, in 1945. There were few places to go courting: he mentions the County (Fenny Stratford) or Studio (Bletchley) cinema and the Bletchley Station Refreshment Room; he played snooker and billiards at St Martin’s Hall. Their first house was on the Trees Estate; he talks about family life. Bletchley was a good place to be, with access to the country, and increasing social activities and amenities. In his opinion the aims of the expansion of Bletchley were not fully realised. He recalls the demolition of Queen’s Pool and the building of the Leisure Centre. He mentions the Queen’s visit and questions the cost, and recalls the upheaval on the railways whenever the Royal Train went out.

He joined the Labour Party in 1945 and was a ‘big Trade Unionist’ and ‘very active in the Labour party.’ with Harold Price and Ron Staniford of the Bletchley Gazette. The Party welcomed the plans for Bletchley’s expansion. He remembers Robert Maxwell, MP, as a ‘bullish man’, and recalls the problems he caused in the Party. However, he felt that Maxwell did achieve good things for Bletchley. He refers to ‘a turbulent patch’ in the local Labour party in the 1970’s, as the Bletchley branch merged into Milton Keynes.