You are here: Home>Archive>Bigger Brighter Better>Oral history audio recordings with Bletchley residents who moved to the town for work related reasons.>Interview with Giovanni Palmiero (b.1930) and Serafina Palmiero (b.1933) about the Italian community in Bletchley adjusting to the English lifestyle and language.

Interview with Giovanni Palmiero (b.1930) and Serafina Palmiero (b.1933) about the Italian community in Bletchley adjusting to the English lifestyle and language. 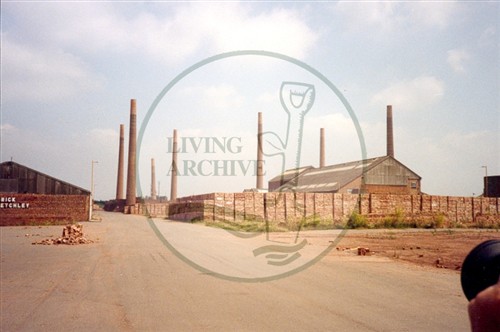 Serafina Palmiero recalls her family emigrating from Italy to Bletchley in the 1960s. They were grateful for the opportunities offered in the UK. Serafina and Giuseppe recall their old house in Italy, which is now almost a ruin although her sister still farms the land and now has a good living.

She recalls that the Bletchley Italians were a close-knit community, living in an Italian style and socialising a great deal amongst themselves. As most of her family are now living in England, she did not consider returning to Italy when her son Pietro was born. They hoped for a better education for their children in the UK, but regrettably could not help with homework because of the language difficulty. Giuseppe felt that he did not need to learn English, since he always worked with other Italians; Italian women had more opportunity to learn English than their husbands.

There were plentiful job opportunities in Bletchley in the late 1950s. Serafina worked at Cigarette Components for seventeen years. Some men left the brickworks for Scot Meats, who paid better, but Giuseppe and his brother stayed.

They describe their family life and the activities they enjoy. They still cook in an Italian style, grow vegetables and make wine. Serafina does supermarket shopping, usually with her daughter. She discusses their son’s marriage to an English girl, other mixed marriages in the family and language difficulties. Their grandchildren have English as their first language, but their grand-daughter is interested in Italian.

In her opinion she thinks that the development of Milton Keynes has brought more crime to the area.