You are here: Home>Archive>Bigger Brighter Better>Oral history audio recordings with Bletchley residents who moved to the town for work related reasons.>Interview with John Smithie (b.1912) about the development of Bletchley, the influx of new employees, and the Milton Keynes Development Corporation.

Interview with John Smithie (b.1912) about the development of Bletchley, the influx of new employees, and the Milton Keynes Development Corporation. 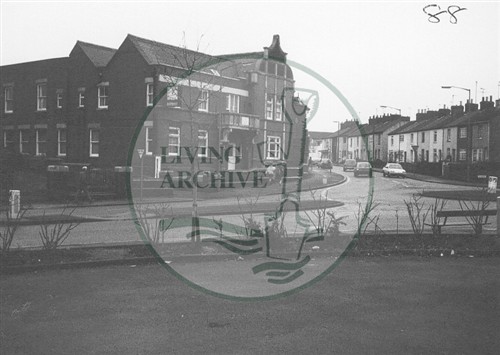 John Smithie describes the difficult discussions with the Buckinghamshire County Council over Bletchley’s development, which were eventually resolved. Refers to the strong support for the planned expansion of Bletchley from the Bletchley Gazette and Ron Staniford through the ‘Bigger Brighter Better’ campaign. He describes his role as Bletchley Town Manager and his management of the Bletchley Council and staff as the organisation developed into a much larger one. Even when he was advised for the sake of his health that he should take it easy, he found delegating tasks difficult.

He was proud of what had been achieved in Bletchley but recalls some specific house building issues; building on Oxford Clay, and the government’s requirement for increased production at the London Brick Company. Increased production resulted in an influx of Italian and Pakistani employees and the need to build one hundred and eighty Trusteel houses in Newton Longville for them. The Council’s response to the government was ‘… we’ll do it provided you provide a labour force, a completely separate labour force; we will not have it interfere with our ordinary post-war housing’. He mentions some problems with the Pakistani community in Duncombe Street, with multi-occupation houses.

He talks about the concern in Bletchley regarding the advent of the Milton Keynes Development Corporation (MKDC) and the possibilty that the town could ultimately lose out due to the development of Milton Keynes. Concerns included the possibility of the shops becoming run-down, given the trend to out-of-town shopping.

During his time working as a council official he naturally encountered Robert Maxwell MP on many occasions and in his opinion he considered him to have been good for Bletchley. He also expressed his admiration of Lord Campbell of Eskan (‘Jock’ Campbell) chairman of MKDC.