You are here: Home>Archive>Bigger Brighter Better>Oral history audio recordings with Bletchley residents who moved to the town for work related reasons.>Interview with Gisella Perry (b.1952) about living in the Italian community in Bletchley, the market, youth clubs and Guiding.

Interview with Gisella Perry (b.1952) about living in the Italian community in Bletchley, the market, youth clubs and Guiding. 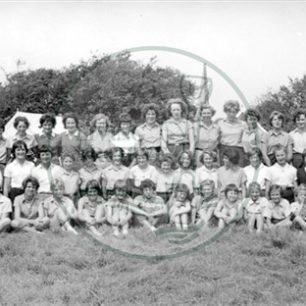 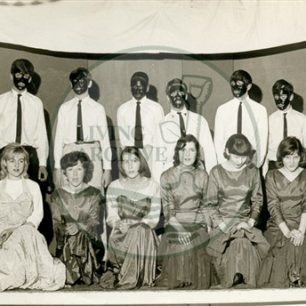 Gisella Perry talks of her early life in Milton Keynes Village with her parents, refugees from Lithuania and Germany who met in Wales. Her father was able to buy a house in Duncombe Street, Bletchley with compensation from a farm accident. later he worked in the Co-op Bakery.

The family lived among the Italian community, and enjoyed mixing with them; they encountered no racism. As Roman Catholics, they attended church regularly. She remembers her education at the old junior school in Bletchley Road and Leon school, and her love of music. She mentions the rivalry between schools, swimming at Queen’s Pool and youth club dances. She helped at the Sixty Four Club for mentally handicapped children, was a member of both the Freeman Memorial Methodist Youth Club and the Methodists Association of Youth , and was a Girl Guide. She was one of the Guides picked to line the route of the Queen’s visit: ‘what a day that was … unbelievable.’

She remembers the old Bletchley market, the fairs on the market field and her brother working on a market stall. ‘I always found it a friendly place, it was nice … full of atmosphere.’ She recalls November 5th.and guarding the bonfires against attacks by rival gangs. She mentions local characters including the mobile salesmen. She names some of the shops in Bletchley and when Milton Keynes (MK) was planned looked forward to having a Marks & Spencers.

She worked at Berry Magicoal, and later for the police; she talks of residents’ attitudes to police employees, which she noticed particularly when she lived on the Lakes Estate.

In her opinion MK has now grown too big, although the Centre is lovely; she prefers living in Bletchley, but now that it has expanded she knows fewer people.