You are here: Home>Archive>Bigger Brighter Better 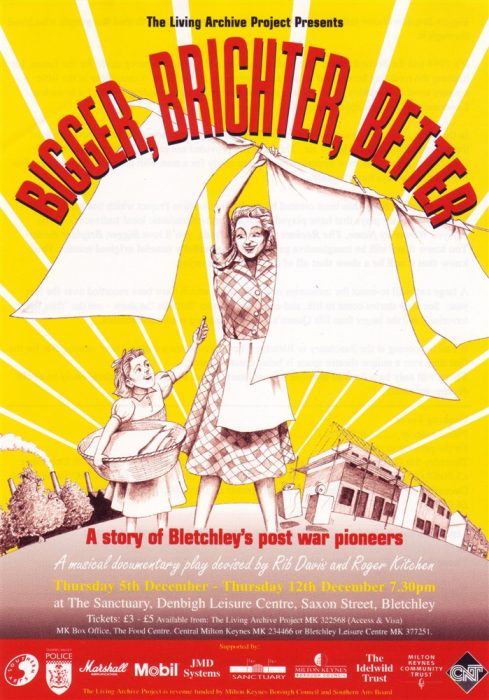 The ‘Bigger, Brighter, Better’ Bletchley project is a collection of fifty eight oral history audio recordings, and associated still images and documents, relating to the story of the expansion of Bletchley 1944-1966 as told by its original residents and new settlers.

Topics include:
Bletchley’s post-war development. The founding of the Bletchley and District Gazette and the coining of the catch phrase ‘A Bigger, Brighter, Better Bletchley’. Local opinion about the town’s expansion, both for and against. The local councils and councillors. The pioneers who came from London and Italy to make a new life in a place they’d never heard of and now call that place ‘home’.