You are here: Home>Archive>Bigger Brighter Better>Oral history audio recordings with Bletchley residents who moved to the town for work related reasons.>Interview with Betty Watts about moving to Bletchley in 1955, the Post Office Training School at Bletchley Park, and local amenities.

Interview with Betty Watts about moving to Bletchley in 1955, the Post Office Training School at Bletchley Park, and local amenities. 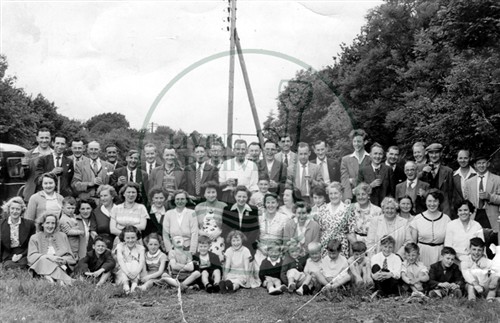 Local entertainment, she recalls consisted of the Operatic Society, the Women’s Institute, Women’s Bright Hour at the Methodist Church and a Women’s Circle. Later she also joined Bletchley Writers Circle. Most people cycled in the early days; and she mentions weekend train trips and includes among local shops, the arrival of the Co-op and Woolworths.

She found Bletchley narrow: ‘quite depressing really’ and comments on the mix of people and the attitudes of Londoners. The market was the highlight of the week; she comments on the clothes and hats people wore.

When she married, she stopped work. She refers to the lack of hospital facilities locally; her daughter’s birth was in Northampton Hospital. Later, she began teaching at Castles School, where there were large classes, swelled by the children of the new residents from the London overspill. She recalls issuing free school milk and collecting dinner money. After being widowed she continued teaching at Castles, then Holne Chase School. She recounts taking the children to see the Queen’s visit to Castles Estate: ‘all the children had little flags to wave and we made posters you know, ‘God Bless the Queen”.

She disliked the Leisure Centre and Brunel Centre and thought the closure of Bletchley Gazette ‘was rather sad’. She remembers Robert Maxwell buying a painting by her husband.

‘I think the things that have kept me in Bletchley are friendships and the new city – it was just like something wonderful being opened.’ But in her opinion the transport plan has failed and is still poor and it was easier to speak to people at Bletchley Council Offices in the early days; now the Council is less personal.