You are here: Home>Archive>Bigger Brighter Better>Oral history audio recordings with Bletchley residents who moved to the town for work related reasons.>Interview with Giovanni Palmiero (b.1930) and Serafina Palmiero (b.1933) about emigration from Italy to Bletchley in the 1950s. 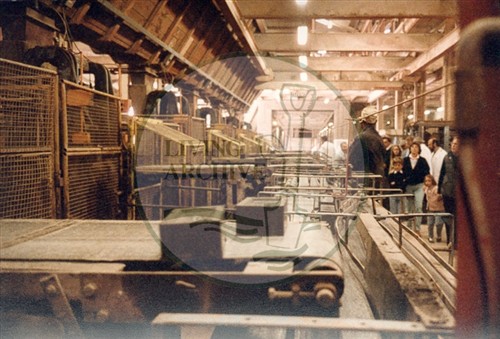 Giuseppe Palmiero came to England in 1954, from a village in south Italy where farming was generating little income.

After the war, the London Brick Company came to Italy to recruit foreign labour, and several members of Giuseppe’s family were taken on. He left his fiancée behind in Italy; he recalls the farewell party and the journey to England by train and boat, this was the first time he had left Italy.

He remembers the contrast between Italian and English housing, the weather and air pollution. He talks of the hard work at the brickworks, wages and expenses, and sending money home. He first lived in a hostel in Liddington. After 15 months he travelled to Italy to get married, but returned after three weeks, leaving his wife behind. Many more workers came from their village, including his brother.

Serafina Palmiero came to England in 1957; she was initially very homesick, but settled within two years. They rented rooms in another Italian’s house. When in 1962 they were told of a house for sale in Bletchley in Oliver Road, they bought it, with other family members, and began working at Newton Longville Brickworks. He goes on to describe the jobs the four Palmiero men did at the brickworks.

They were the only Italian family in Oliver Road, but their English neighbours were friendly. He remembers the Duncombe Street Italian community, the Italian food shops, and the Italian priest who came from Bedford to say Mass at St Thomas’ church. Giuseppe and his brother retired in the 1980s when redundancies were offered. He still makes his own wine with Italian grapes and they visit Italy nearly every year.