You are here: Home>Archive>Bigger Brighter Better>Oral history audio recordings with Bletchley residents who moved to the town for work related reasons.>Interview with Arthur Edward Grigg (b.1919) about his railway employment in Bletchley and the National Union of Railwaymen (NUR).

Interview with Arthur Edward Grigg (b.1919) about his railway employment in Bletchley and the National Union of Railwaymen (NUR). 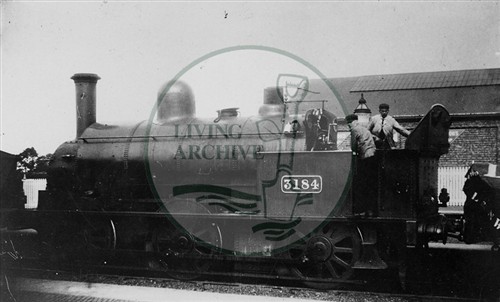 Arthur Grigg, a railwayman, moved from Essex to Bletchley in 1941 with his wife, having been promoted to fireman on the London Midland and Scottish railway in Bletchley. He and his wife viewed this move as an adventure; but they had to take lodgings initially until they were allocated a house in Woodbine Terrace. He talks about long railway working hours during the war, and the local National Union of Railwaymen (NUR) Committee, of which he became Branch Secretary in 1960.

New housing was allocated by a points system based on need, which caused some resentment. In 1950 they were allocated a three-bedroom house on the Trees Estate, a nice community where his wife had no difficulty making friends. He recalls buying furniture on hire purchase and using Co-op vouchers. Their activities included walking, events at the George Street Community Centre. and NUR dances in Wilton Hall. He comments on the social importance of the Working Mens’ Clubs at this time.

He joined the Labour Party, was full NUR Branch Secretary from 1960 to 1970, then Chairman, and wrote a history of the NUR for its centenary in 1972. He recorded many stories of many old railway men and discusses a railwayman’s life. He remembers the ‘Bigger Brighter Better’ campaign, which sounded alright to him. In his opinion the Bletchley housing developments were well planned. He praises the local Councillors; NUR members could put their views to the Council. But the development of other industries in Bletchley caused higher turnover of railway staff, and the newer industries in the 1950s &1960s were less interested in Unions.

He remembers Robert Maxwell’s election and his term as an MP well. He tells several stories about encounters with Maxwell and his ‘bombasticness’ as a person, remembering visiting the House of Commons with him; he recalls the disputes within the Labour Party. He considers that Maxwell did benefit Bletchley in some ways: ‘there was a lot to be said for him. But I never even liked him.’

When Milton Keynes was announced, he wrote to the papers – it would be alright ‘as long as it don’t get beyond ten thousand’. He comments: ‘I think Bletchley, Milton Keynes have done a wonderful job – they’ve got to build a town somewhere’.