You are here: Home>Archive>Bigger Brighter Better>Oral history audio recordings with Bletchley residents who moved to the town for work related reasons.>Interview with Mrs. S. Jarvis and Dr. Peter Jarvis (b.1932), about their life in a busy doctor's practice in Bletchley from 1961.

Interview with Mrs. S. Jarvis and Dr. Peter Jarvis (b.1932), about their life in a busy doctor's practice in Bletchley from 1961. 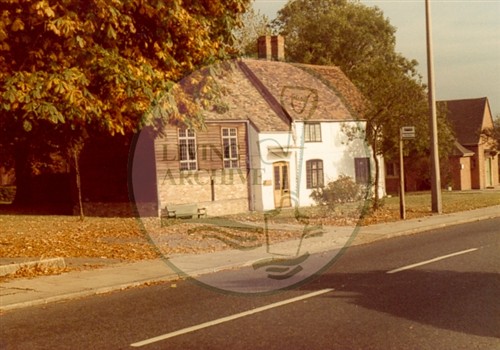 Dr. and Mrs. Jarvis graduated from Liverpool University, where they met. They moved to Bletchley in 1961 to an expanding doctor’s practice, living first in Whaddon Way then in Wordsworth Drive from 1965. Mrs Jarvis assisted her husband from home, without pay for some years, which was the usual practice at the time. Dr Jarvis describes his work prior to the development of the new hospital, delivering between two hundred and two hundred and fifty babies a year. He contrasts National Health Service facilities past and present.

Their social activities were limited, due to the long working hours, but they were involved with Bletchley Archaeological and Historical Society. they recall events at Wilton Hall, shopping trips outside Bletchley, and family trips to National Trust properties. Dr Jarvis was involved in the restoration of Rectory Cottages; Mrs Jarvis was secretary of the music society in Sherwood Drive and a member of Sherwood Choral Society.

They recall mobile shops, and the Queen’s visit. Both regret the end of the ‘Bletchley Gazette’ and the closure of Queen’s Pool. They mention their appreciated of the assistance rendered by John Smithie’s with housing and the Rectory Cottage restoration. The doctor comments on Bletchley Council and the influence of the railway Unions. He refers to Robert Maxwell and Fred Pooley and they give their opinion on the changes in Bletchley. Both were slightly dismayed by the news that Milton Keynes was to be built.

Their daughter was educated at Holne Chase primary school and Alice Harpur School in Bedford. In the doctor’s opinion Bletchley secondary schools at the time were ‘uniformly terrible’, a situation that both he and his wife as school governors tried to improve.[Continued on Tape T/050.]