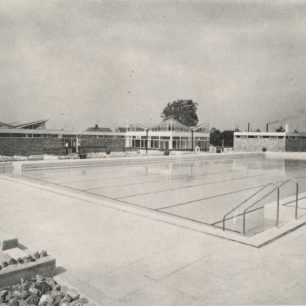 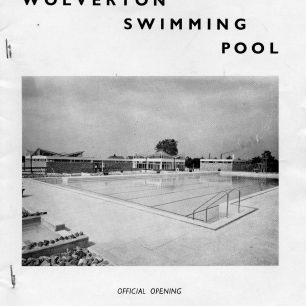 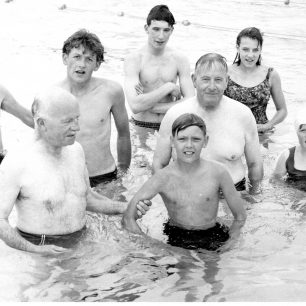 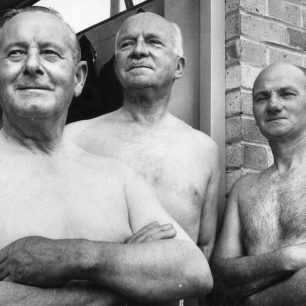 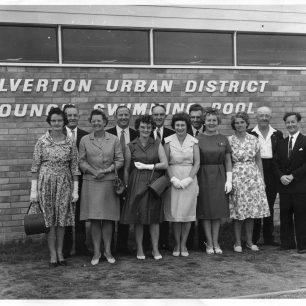 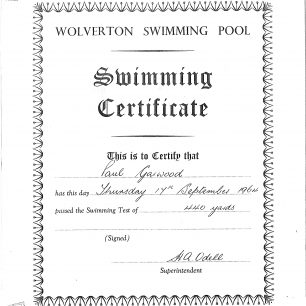 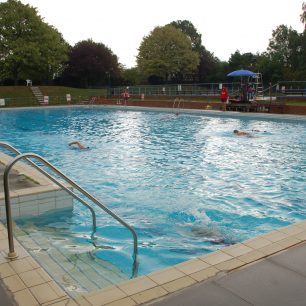 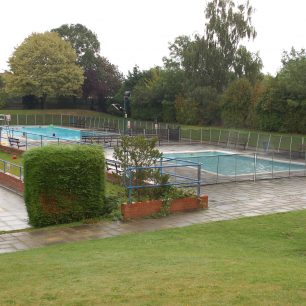 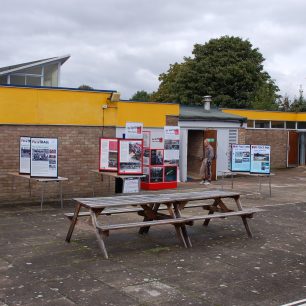 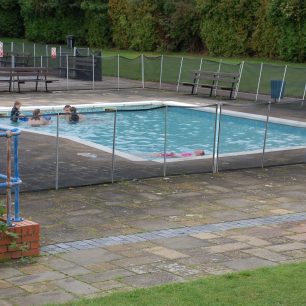 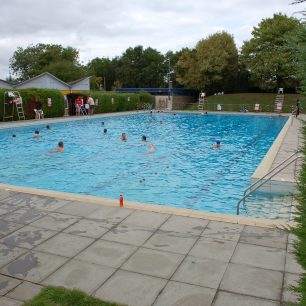 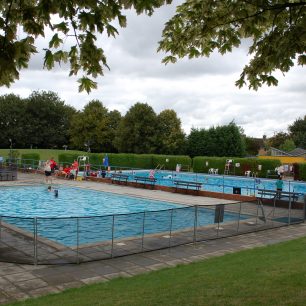 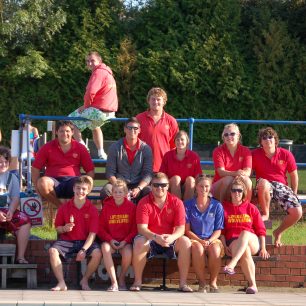 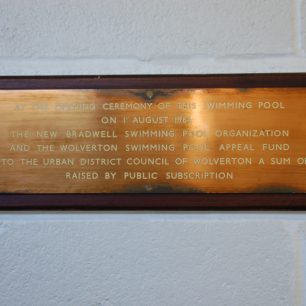 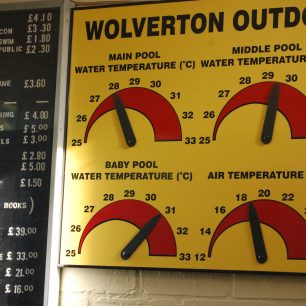 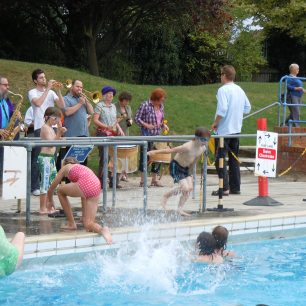 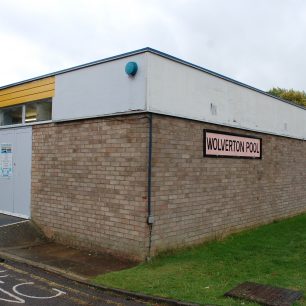 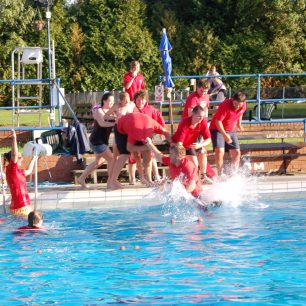 The lifeguards say goodbye to the old pool

Open for nearly half a century, Milton Keynes was very sad to see its last surviving open air pool recently close on 4 September 2011. Wolverton Swimming Pool, which is based on the edge of Western Road Recreation Ground, first opened on 1 August 1964. However, today’s swimmers have been deemed not brave enough for an outdoor pool and it has been replaced by a state of the art indoor version.

The original opening literature described the pool as ‘being completed at a time which makes history for this community.’ During the 1960’s the town of Wolverton was undergoing a great deal of regeneration and industrial growth. The pool, which was designed to ‘County and National standards,’ (110ft x 49ft) fitted into a period of new ‘community spirit.’

As well as 31 male and female changing cubicles, thermostatically controlled showers and metal baskets for clothes, the new poolside proudly hosted a well equipped cafe. A children’s pool was planned for the future and the overall final construction was expected to cost approximately £50,000. Part of this amount was raised by the Wolverton Swimming Pool Appeal Fund and the New Bradwell Swimming Pool Organisation. Today’s pool has cost £7.5million and will take 18 months to build – a slight increase in cost!

The 2011 manager, Matthew Leeder, talked about the importance of the weather on dictating the pool’s success. “A sunny day means hundreds of people through the doors and a cold day means a handful.” Apparently the hot weather in 2009 broke all swimming pool records with 2,000 people cramming through the doors. It wasn’t unusual to have 1,000 swimmers and hundreds more queuing outside. Following its closure, Hilary Saunders, Chair of the Trustees for Wolverton Pool wrote ‘it’s sad it’s closing but hopefully the new facility will bring as many happy memories to lots of people as this pool has.’

Images collected as part of the Our Sporting Life Milton Keynes Project.