You are here: Home>Local history>Areas>Wolverton>My Memories of growing up in Wolverton

My Memories of growing up in Wolverton 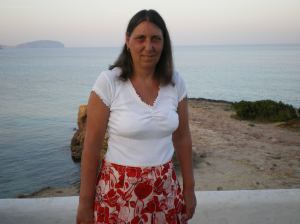 I have lived in Wolverton all my life and seen many changes. Most of all the countryside disappeared when Milton Keynes was built. The town has stayed relatively the same apart from the Agora being built in the late 1970’s and splitting Wolverton in two. I remember going to the cinema “The Empire” in Church Street and vaguely remember the “Palace” along the Stratford Road as a cinema. I remember the double decker buses going up Radcliffe Street, the 392 and down Windsor Street on their way to and from Stony Stratford. I also remember going on the train from Wolverton Station to London and Northampton and also on holiday to Margate. When I was a child they were steam trains. I also remember going on the “Nobby Newport” train to the dentist at Newport Pagnell.

I remember playing in the fields behind the recreation ground at the top of Western Road and walking across the fields to the A5 and coming out at Kiln Farm and walking back to Stony Stratford, sometimes we would get the bus back to Wolverton from the Bus Station at Stony Stratford. I also remember when I was very young coming back from Stony Stratford on the bus and leaving my teddy on the front seat of the double decker bus and Dad having to go back to the bus stop by the Craufurd Arms to wait for the bus to come back and go and fetch him off the top deck. Dad said he was still sitting in the same place as I had left him.

We used to have to go to Newport Pagnell to go swimming before Wolverton Pool was built and when it was, we thought it was the best thing in the world as we did not have to travel to get a swim in the summer. I think I spent most of the school summer holidays there.