The Story Of Wyvern School 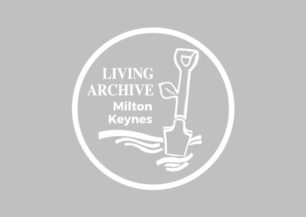 Listen to Ethel Dowdy's interview about her time at school

Wyvern School in Aylesbury Street, Wolverton, celebrated its centenary in 1996. Ethel Dowdy was born in New Bradwell in 1906 and moved to Wolverton when she was still a small child, living in Aylesbury Street. She attended the school for the first time shortly thereafter.

Ethel Dowdy remembers the headmistress of the infant school was a Miss Ainge. Other teachers recalled were Miss Mary Vickers, Miss Full, Miss Gee and Miss Fry. All worked downstairs with the Infants – the upper floor was occupied by the Girl’s Junior School.There was a rocking horse in the classroom with two baskets on either side, so three children could have a ride at the same time. They had tables, not desks, and wherever you went, you took your chair with you. There was only 4 weeks summer holiday and exams in “sums and composition” were taken every year. The children played in the playground until 9.00 am and only those with a sick note could go into the school before that time.

Every day there was a school assembly in the hall. Miss Ainge opened each day with The Lord’s Prayer and a prayer of her own. A hymn was also sung. Roman Catholics were not obliged to go. They waited quietly in their classrooms and often read their scriptures. Scripture lessons were held every day for half an hour and “we learnt our hymn books and our Bible”.

All the young children had a small frame filled with sand in which they wrote. They did not have paper or slates to write on at that stage. The children “wrote” the letters of the alphabet in the sand and progressed from there to whole words such as “cat”, “rat” and “mouse”. Eventually the children used paper and pencil and finally “you were given an ink pen. Each desk had a little ink well and a lift up lid and you kept your books in there”.

Ethel’s sister had scarlet fever and Ethel had to stay off school for eight weeks. Anyone in contact with the virus was in quarantine and not allowed to play with other children or play outside. Shewent on to say that itwas the same with mumps and measles, both of which Ethel had.