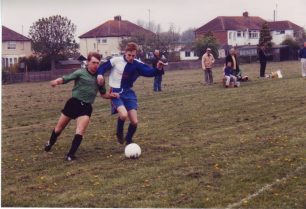 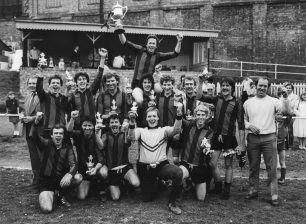 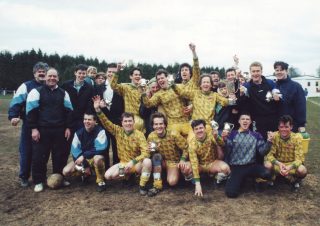 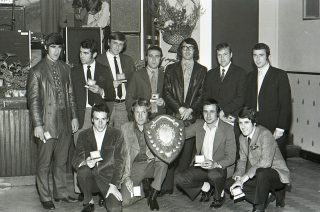 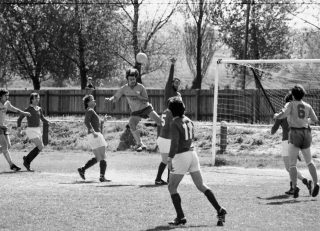 Bletchley and District Sunday League … it was at the start of 1966. Bill Johnson

I enjoyed the Sunday football . We all mixed together. It was a social thing, all guys our age. We always used to get together to play football and they’d hold dances and various fund raising functions. Different clubs… we’d all associate with each other. You know, it was pretty good. Tommy Flanagan (The Chequers)

In those days we had fifty-odd clubs. We had to write all the envelopes and we used to sit there folding up fixtures and going round the table. We’d have them all laid out on the table and you’d walk round the table and get one set of fixtures and staple them and put them in an envelope and then go round again basically. It was a family affair at one time because when I became secretary my daughter then became fixture secretary. Bill Johnson

One day a leaflet dropped through the door saying ‘Come down to Wolverton Rec on the Sunday… Forming a football team for Greenleys…’ That was from Derek Newlands, he was our manager then. So one Sunday I thought, ‘I’ll have a little walk round there and see what’s what,’ and that was it. There was about fifteen/sixteen blokes turned up and we just sort of played. Wally Kalek

And the Premiership was exceptionally good when you had teams like Greenleys, Stantonbury, Conniburrow. There were some good players in them teams. Staff Nash (MK Police)