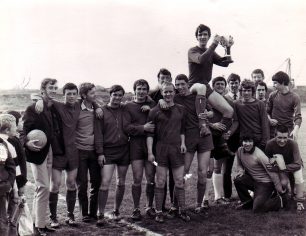 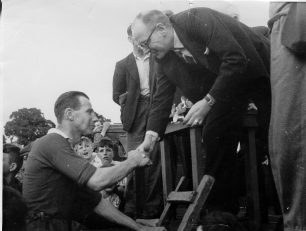 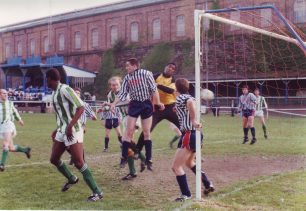 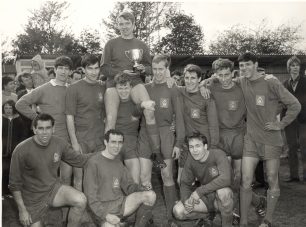 And so I became chairman of Bow Brickhill football club . We had the superb side, which won the North Bucks League and that’s when we strengthened it… where we had Dave Watts, Alan Fairey and Brian Brewster join… The Bow Brickhill boys. Ted Enever

We won our qualifying games, the first rounds. We beat Euston away 4-0, then the next round we beat Derby Pattern Makers. We beat them 3-0, Wally Kalek got two and Danny Ferguson scored. Then in the semi-finals we had Derby Locomotive and we beat them 3-0. Wally got two again and Danny Ferguson scored. And then in the final… We went all the way to Derby to play Crewe, who used to win it most years. This was the only time that Wolverton ever won it. Gary Kellett (Wolverton Railway Works)

I don’t think the record will ever be beat to be honest, in the Sunday League… Thirteen league titles, fourteen Knock-Out cups We were the first Sunday side to win the CountyCup and we won that in our first year. Barry Staniland (Greenleys)

For seven years Milton Keynes Police dominated Police football and the only position we never had was a goalkeeper. But we didn’t need a goalkeeper because we used to score so many, but we won everything for seven or eight years, and were never beaten really, League or Cup. John Horsley

There were teams who’d been there a lot longer than us… a team called Spandit from Dunstable who were the perennial champions… we then came and we took over from them. I think we won the double in that league two years running. Steve Flinn (Wiltonians)