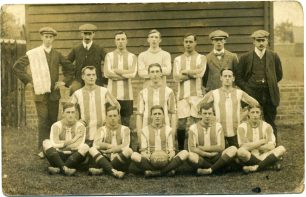 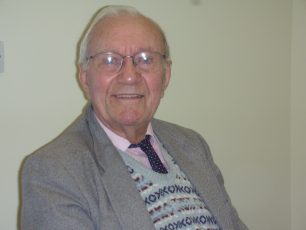 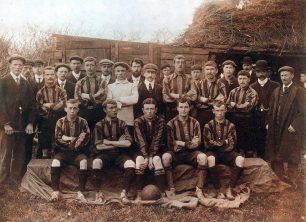 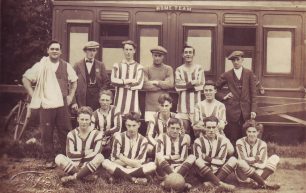 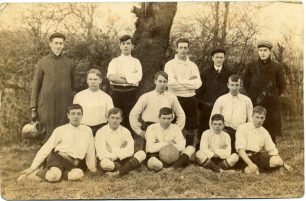 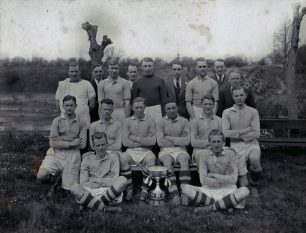 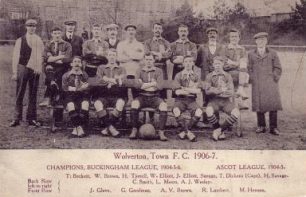 We played about three matches, starting in August then the war came in September. Half the team were immediately called up into the Army so no more football. Eric Kilsby (BB Old Boys)

The old Northampton Echo’s used to come by train and old Mr Muscutt, with his old bowler hat and his old mac, used to come round the little streets shouting ‘Football Echo, Football Echo’ but I didn’t have a penny because I’d been to see the Town down the Park. Fred Hudson

This is when he was playing for Wolverton Congregational Church, Wolverton Congs… That if they played at Castlethorpe they used to literally walk from Wolverton Station, along the railway lines to get to Castlethorpe to play. Then play the game and then walk back again. He always used to take a bit of cake, some fruit cake so he’d got something to eat on the way home to keep him going. Geoff Ellis

Easter 1939, we went to Ostend for the weekend. We went on the Friday, come back on the Monday and we played a game out there. There were two other Bletchley players, fellows from Bletchley… Ted Stevens and Vern Stevens. Harry Harris (Wolverton Congs)