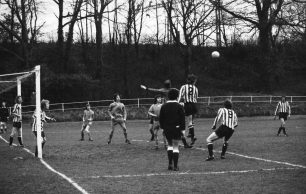 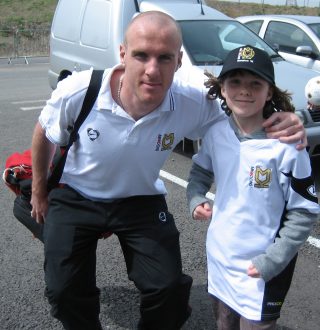 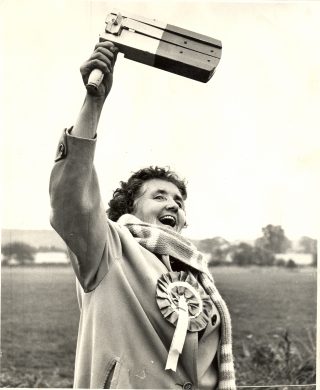 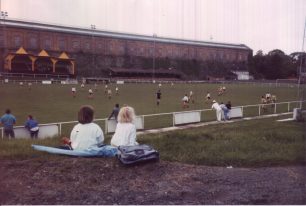 Although Brownies is quite nice I prefer football more than Brownies. Megan Storrar

The magic I could not describe. Wolverton Town … I stood. Never in the stand of course, because you couldn’t see as well as from on the side where the railings were… and the little drop onto the track. You’d see them coming from the dressing room, the blue and white stripes, and then you were up in heaven.Fred Hudson

I’d go to Wolverton home games on a Saturday… stand there in all weathers. There was a stand but you could not get in it anyhow because it was packed. It was a penny extra and we couldn’t afford that. All weathers we used to stand there. Jack Little

I can just remember in my first game that Matt Baker saved a penalty and Shaun O’Hanlon was on the other team and now he’s on our team. The first time they scored I was in the North Stand and I started crying because of the noise! Megan Storrar

Mrs Quinn, she was at every game . She had one of those old fashioned rattles. She would have a go at the opposition and then once… I’m pretty sure she run on the pitch at something and then she was banned. She got banned from the ground. I think the players got a petition up to make sure she came back. Neville Wilson