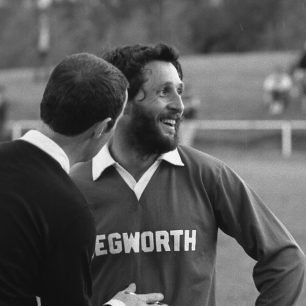 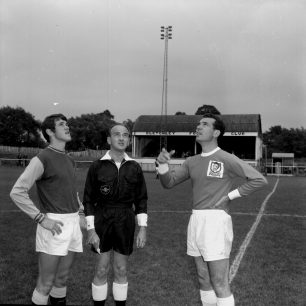 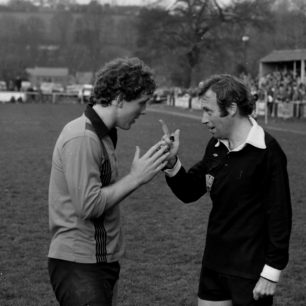 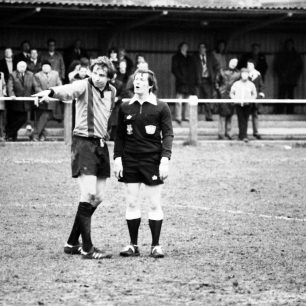 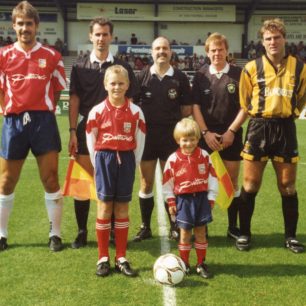 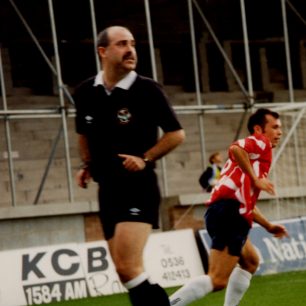 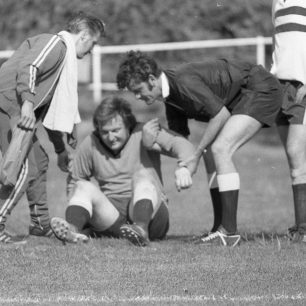 It was about 1948 . I passed me test like and I started in the North Bucks League and, of course, we used to bike everywhere. I think it were five shilling we used to get and three pence a mile! Harry Harris

I was refereeing up at North Crawley one day and they had a very speedy winger playing for the opponents and he kept going past their full back and then, one time, he went past and he just went down! I looked across and thought, ‘He must have tripped up.’ Then I saw an old lady with a walking stick on the side of the pitch and she’d obviously tripped him with her walking stick but it was so funny. Bill Johnson

And I used to go down sometimes and have a go at refereeing. From that I decided to take it up… Refereeing… It’s a longer career than football. Brian Smith

And often if you didn’t get a referee, I’d end up refereeing. I was the only one who was probably fit enough or knew enough about the game. It’s all dads and stuff, so I used to referee the games when there wasn’t a referee turn up. And I’m thinking ‘I might as well do this properly.’ John Horsley