You are here: Home>Archive>Bigger Brighter Better>Oral history audio recordings with original residents born in Bletchley (1913-1951).>Interview with Barrie Field (b.1938) about his wartime childhood in Bletchley and involvement with local youth organisations.

Interview with Barrie Field (b.1938) about his wartime childhood in Bletchley and involvement with local youth organisations. 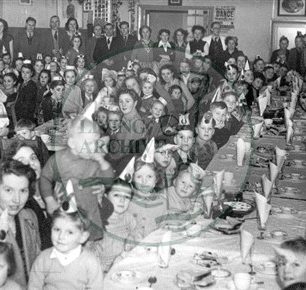 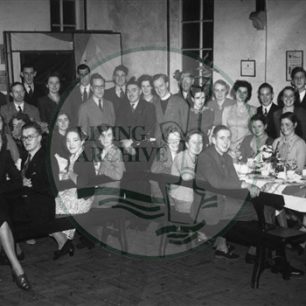 Barrie Field was born in Bletchley in 1938 in Newton Road. His father was in the all England Tug of War championship team in 1937/8 and claims that the ‘biggest cheats were the Metropolitan Police’. He describes his grandfather’s rural life as a cattle farmer.

Started school at Church Green School and during the war at the Yeomanry Hall in Newton Road next to the Co-op. The hall belonged to Major Whitely of the Bucks Yeomanry and Whitely Crescent is named after him. After the war it was bought by Norman Green who used to keep the local junk and antique shop and kept artefacts in the old squash courts. He and his friends ‘used to regularly go in there and get elephant guns and sextants and play all sorts of amazing games in the forest …, oh an unbelievable child hood. We used to put stuff back of course, we used to get swords and dirks and shields…to play around there was out of this world’. He also went to the County cinema, in Fenny Stratford, on a Saturday morning; ‘…you could always tell what the film was on because we were Zulus one week and cowboys the next and spacemen the next…’

His wartime memories include running from school to the war memorial and back to keep warm with the Headmistress saying ‘ok children, now you’re warm we’ll continue’. He chanced to meet an ex-RAF sergeant fifty years later who was stationed at the RAF Camp which was in Rickley Lane who recalled ‘…all these little kids they used to come running round the war memorial when they were cold!’. The Land Army hut for the Land Army girls was also on Church Green Road. His father was involved with building the bunkers at Bletchley Park that Churchill used. They used to have billets, ‘they were all Jewish girls you know I can put one and two together now, I couldn’t then’. He recalls watching the RAF squadrons of ‘Wellington and Halifax and Lancaster [bombers] and they used to go over on these night bombing raids’.

After the war ended his father went back to work in the brickyards and he comments that Italian prisoners of war were still working there, ‘…they didn’t go back to Italy until ’46ish … they must have all gone back talking about [Bletchley] and I think that contributed to all the Italians coming back over again’.

He left school at the age of thirteen and went to the Wolverton Science and Arts Institute, leaving at sixteen; then took a six-year apprenticeship at Cranfield College of Aeronautics. After employment as a Civil Service Scientific Officer, he went into teaching at Denbigh School. Remembers the entertainment that was available when he was a child and a teenage scout, playing in the fields, swimming in Mill Road and in the pits behind Beacon Brushes. Events were held at the Baptist Church in Newton Road and Yeomanry Hall. Involved with the Church Youth Club from age seventeen, he recalls that when Robert Maxwell came to speak ‘[I] got on well with him, he was very charismatic’. He remembers local pubs, shops, the Baptist Church and Spurgeon Memorial. In his opinion Bletchley people after the war were keen for a new start ‘the future was about development’.

Brief interview with Ted Field, Barrie’s father.
Ted was involved in boxing and competed at Bletchley Show in the 1930s. He joined the Home Guard in the war; then as he held a boxing licence was sent to Aldershot as an Army Physical Training Instructor (PTI) for the Special Air Service (SAS).

Through his work he knew John Smithie and he mentions ‘deals’ on land purchase, house building, the development of Windmill Hill, the Leisure Centre and the Sycamore Club. As a member of the London Brick maintenance staff, he was asked to organise gangs of bricklayers and labourers for building council houses for the London incomers.