You are here: Home>Archive>Bigger Brighter Better>Oral history audio recordings with original residents born in Bletchley (1913-1951).>Interview with Roland Doggett (b.1934) about living in Bletchley.

Interview with Roland Doggett (b.1934) about living in Bletchley. 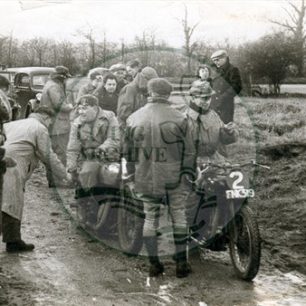 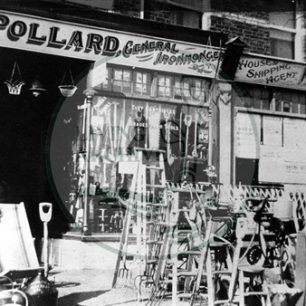 Roland Doggett was born in Eaton Avenue Bletchley in 1934. His father worked in Bletchley brickworks, from 1933 ‘drawing bricks’, after having been in the Regular Army for twelve years. His parents, who met in India, moved to Bletchley as it was the only place his father could get a job at the time. His earliest memory was the Coronation in 1937, and going to school both in Bletchley and Bedford as his father was stationed at Bedford Barracks. As a schoolboy he was a delivery boy for Pollards in Bletchley Road. Market day was Thursday, and he recalls animals being driven in from the outlying villages.

Leaving school aged fifteen in 1949, he started an apprenticeship at Tompkins Moss Garage. He remembers German prisoners working on drains and laying roads on Chestnut Crescent and later Larch Grove. Interested in motorbikes and cars, he was a member of North Bucks Motor Club, North Bucks Road Club and the cycle club. Entertainment centred on sports and football clubs, the cinemas and tennis courts as well as Greenways café near the cattle market, and ‘loads of dances’ in Wilton Hall, Coronation Hall, and the Church Youth Club. From his first pay packet of 25/- per week he began saving for his first motorbike, a 150-valve Royal Enfield.

He was aware that there was some resentment of London incomers obtaining housing and jobs more easily than locals.

After National Service, he joined Sandall Precision. As a skilled worker, he found it easy to get work and changed jobs several times. Cigarette Components, another local employer, would bus in staff from outlying villages and he remembers there was a high turnover of labour at Scot Meats.

He feels Bletchley did become ‘Bigger, Brighter Better’. He talks about the shops in Queensway and how ‘coming home on leave in 1953 and seeing Woolworths was quite amazing!’. Refers to the ethnically diverse groups resident in various areas of Bletchley at the time, and their children’s educational requirements. He also recalls that his friend’s parents’ ran the ‘Hogpound’ hostel for land workers, just off the cross-roads at Horwood. He went to the 1974 pageant and remembers the ‘mish mash’ of carnival floats that were sponsored by local businesses.