You are here: Home>Archive>Bigger Brighter Better>Oral history audio recordings with original residents born in Bletchley (1913-1951).>Interview with Rosemary Evans (b.1951) about local education and working for Milton Keynes Borough Council.

Interview with Rosemary Evans (b.1951) about local education and working for Milton Keynes Borough Council. 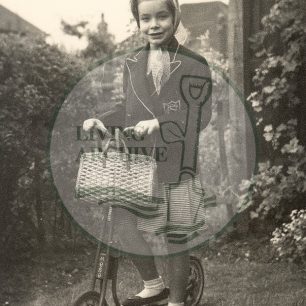 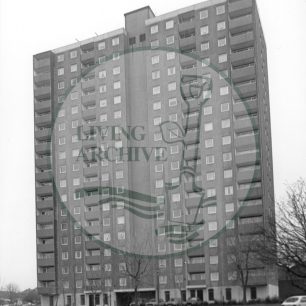 Rosemary Evans was born in Bletchley and her father worked as a clerical officer for the Diplomatic Wireless Service at Hanslope Park. She started school in Church Green Road, but due to ill health missed out on some of her early education. ‘A teacher came in to see me and brought me ‘Noddy’ books’. Later she attended Bletchley Grammar School. However, she recalls that she ‘frittered away my time’ and lost interest in education at around the age of fifteen.

She remembers the shops in Bletchley in the 1950s and enjoyed the cattle market. She was a member of the Girls’ Brigade until she was fourteen.

After leaving school she worked for the Inland Revenue, followed by several other jobs in Bletchley, then she worked for Milton Keynes Borough Council (MKBC) between 1975 and 1981. ‘When I joined they had just amalgamated all the local district councils; Newport, Wolverton, and Bletchley were all trying to integrate.’ She refers to the relationship between the MKBC and the Milton Keynes Development Corporation (MKDC) ‘I think there was … some antipathy really’. She also recalls her dislike of the Council’s windowless, open plan, city centre offices. Later she moved to London to work for a London council.

During the Queen’s visit to Bletchley in 1966 she remembers that the Queen visited a council house in Warwick Road, and also recalls Edward Heath’s visit. ‘…we were quite thrilled really to shake hands with him.’ Discusses housing and how at one point she lived on the twelfth floor of Mellish Court, which suited her at the time.

In her opinion Bletchley was always ‘an ugly place’; she felt the Brunel centre was the ‘first positive thing to happen, now it seems neglected’, and that Bletchley ‘never really had an identity’. She could not remember the ‘Bigger Brighter Bletchley’ campaign and felt that the development of Milton Keynes had not brought all the benefits she had hoped for.