You are here: Home>Archive>Bigger Brighter Better>Oral history audio recordings with original residents born in Bletchley (1913-1951).>Interview with Roy Maycock (b.1933) about his wartime childhood in Bletchley, local politics and amateur entertainment.

Interview with Roy Maycock (b.1933) about his wartime childhood in Bletchley, local politics and amateur entertainment. 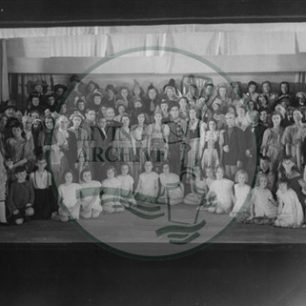 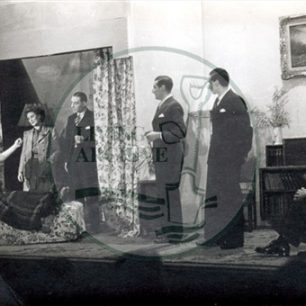 Roy Maycock’s mother’s family originally came from the Fens and his father’s family from Long Buckby. His grandfather had worked on the railway but his father worked for the Co-op as a bakery manager.

He remembers his childhood during the war, the evacuees arriving in Cattle Market field with ‘little brown bags and luggage labels and being taken round the streets, two for there and one for there…’ Some of the staff from Bletchley Park were billeted on the Maycocks, the townspeople knew there were ‘clever people there but nothing else’.

His primary education was in Bletchley then he went to Cedars School in Leighton Buzzard. He graduated from Durham University with a science degree and served in the RAF for two years. Then he taught in Buckingham from 1958 for twenty seven years, while still living in Bletchley.

He remembers the ‘Bigger Brighter Better’ Bletchley campaign and recalls John Smithie, who was appointed by his uncle, Sid Maycock, who ‘had been Chairman of the Council when the decision was taken that Bletchley should grow’. He considers that Bletchley people generally welcomed expansion and comments on John Smithies’ ambitious housing programme. Local people wanted the town to grow, but they ‘didn’t want a town of pre-fabs they wanted houses’.

His family were involved with the Bletchco Players (developed from the 1944 Co-op centenary pageant) both he and his father were on the committee and his father invented the name. The family were also involved with the Operatic Society, whose first performance was in 1954. He remembers the closure of Queens Pool and people’s dislike of the Leisure Centre. Initially horrified at the large size of Milton Keynes, he now feels it is a benefit, although Bletchley has declined and lost its individual character.