Interview with Ron Staniford (b.1913) on Bletchley town development. 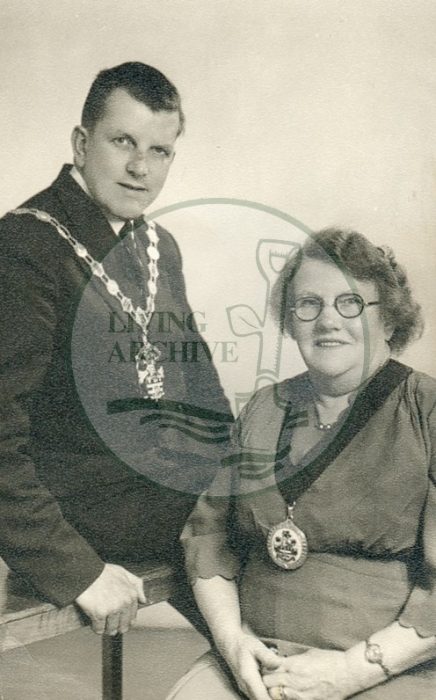 Ron Staniford discusses the origin of the name of the town of Bletchley. He describes how in 1933 with Harold Price he started the Bletchley Gazette, a weekly newspaper whose motto was, ‘A Bigger, Brighter, Better Bletchley’. Later the Abercrombie Report in 1943 recommended Bletchley as a new town. This never came to fruition, but the council continued to develop Bletchley under the Town Development Act in the 1950s.

He recalls various elements of Bletchley’s expansion during the 1950s, including an increase in housing and amenities. Mentions his time as a councillor for Bletchley Urban District Council, refers to some of his council colleagues and discusses various local council issues involved in development of the town: Including problems associated with high-rise flats and how in his opinion the assimilation of incomers in Bletchley was fairly successful. Mentions his suggestion to the council that they should commemorate the Queen’s visit by renaming Bletchley Road as Queensway and his role in the development of the Bletchley Leisure Centre.

Discusses industrial development, in particular the growth of the London Brick Company and housing provision for the workers.