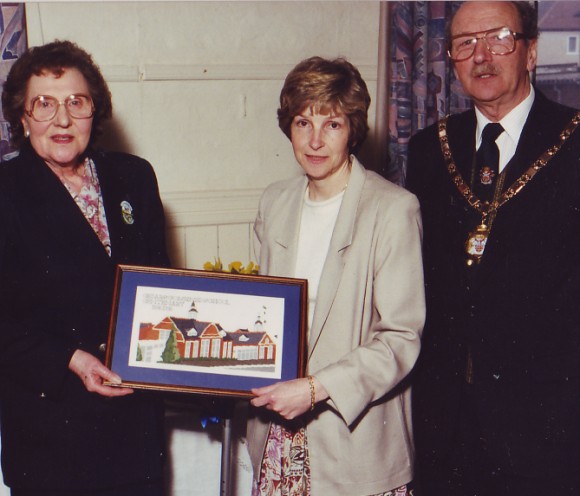 We moved from Neasden, London, having a 2 year old son and wanting to get out of London knowing schools were overcrowded.

My son went to Cedars School Nursery from 3, until 11. I enjoyed being on the committee, going on the school trips and helping with reading and crafts. 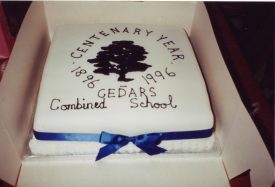 When Cedars school became 100 in 1996, I designed and sewed a piece of needlework of the school from a sketch drawn by the Secretaries son. I made a small copy for myself. It was presented to Cedars school by the Mayor of Milton Keynes Bruce Hardwick, and hangs in the hall. Also I made a cake, which was cut by the Mayor and every child in the school had a piece.

The Centenary was on a school day, the celebrations were on the following Saturday. Everyone dressed in Victorian dress, and Victorian games were played. There was music with a choir, a penny farthing being ridden. A Victorian fire engine with the fireman dressed in uniform. Zoo animals, with their keeper. A chimney sweep competition and many other stalls of plants, games and cakes to make the day special.