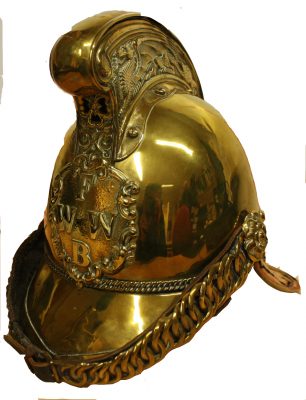 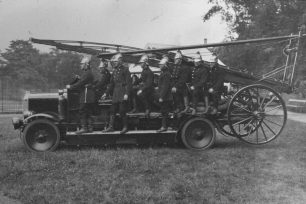 Fireman, wearing their helmets in a display at Wolverton Park

This helmet was worn by the firemen of the Wolverton Works Fire Brigade right up until 1939 and on ceremonial occasions thereafter.

The Works Fire Brigade provided a service not just for the Railway Works but also for Wolverton and the surrounding towns and villages.

The fire station was an integral part of the Works and its entrance can still be seen alongside the pedestrian entrance to Tesco on the Stratford Road.