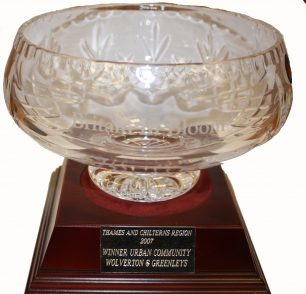 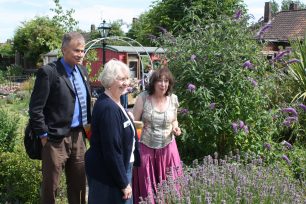 2007 was the first time that Wolverton & Greenleys had entered Britain in Bloom so it was significant to win silver-gilt and receive this trophyin the Urban Community category. It gave out a message that it is not only “picture postcard” villages and picturesque coaching towns that can do well in Britain in Bloom. It gave encouragement to local residents, community groupsand businesses to continue to participate in Britain in Bloom to improve the environment. The Town has continued to be awarded silver-gilt every year since and in addition3 special awards in 2010.