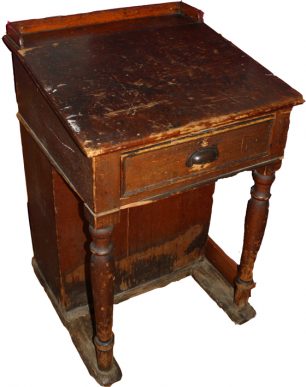 The Institute not only held evening classes but acted as a cultural centre. It included a lecture Hall, with stage, which was often used for amateur dramatics. Dances were also held there. A modest subscription was required to use the well stocked Library and Reading Room. The Reading Room carried on the tradition of the Mechanics Institute by providing all the daily papers. One of the local building societies had an office there on some evenings where the monthly mortgage payments could be made.

The “Tute” holds many fond memories for many residents as it was a good location for courting! Many were sad to see it closed, when the Technical College was built, and it was considered redundant. It was left derelict and empty until there was a fire started in the building in 1970. Soon after this, it was demolished and the site forms part of The Agora carpark.