Father of the New City 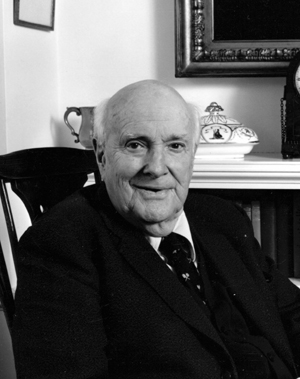 Milton Keynes was one of several new towns planned and designed to cope with the growth and movement of the population in the UK.

Britain had gone through the post-war boom of the 1940’s and 1950’s and was heading for a time, in the not too distant future, of the crisis which partly manifested itself in the 3-day week in the early 1970’s:“The timing of the birth of MK, and its subsequent development, is of considerable historical significance. MK was born at the very beginnings of an important transition in English society. At the economic level this was the petering out of that long sustained post-war boom which had begun in the 1940s. That came to a bitter end in the early 1970s, with the three day week, the oil crisis of 1973, and the return of mass unemployment….. Another important movement – and MK is central to this – is the migration of populations away from the town and city centres into the new and expanding towns, and into outlying suburban estates.” (The Best Laid Plans – Milton Keynes since 1967, Clapson, Dobbin and Waterman, ULP)The idea behind the original plan for MK was that social matters should be given as much importance as economic and physical development and in this respect MK was unique in that this was the first time that a social programme had been incorporated into the planning of a new town. Central to this was Lord Campbell of Eskan who became the first Chairman of Milton Keynes Development Corporation. He was interviewed for the Living Archive back in 1985.

After spending much of his career as chairman of the board of Booker McConnell the West Indian Sugar Producers, Lord Campbell decided at 55 that it was time to retire. Shortly after this he was asked to become Chairman of the Board of Milton Keynes development Corporationin order to oversee the development of the new city.

Because of his progressive views he had been accused of being a communist while working in the West Indies after he said “Human relations are the be-all and end-all. People are more important than shops and ships and sugar estates.” It was this philosophy that he brought to the table in his role as Chairman of MKDC.

Lord Campbell was appointed in April 1967 and shortly after this the Board was also appointed. The first task was to name the new city and according to Lord Campbell this fell to the Labour Minister Dick Crossman who “…looked at (a) map and saw (the) name and said ‘Milton the poet, Keynes the economic one. ‘Planning with economic sense and idealism’, a very good name for it.”

Getting the Open University and a hospital

Amongst other things it is thanks to Lord Campbell that the Open University came to MK and that we got the hospital. In fact he spoke directly to the then Prime Minister, Margaret Thatcher during her official visit to open the newly built City Centre about getting a hospital built here: “…she said “Is there anything you want to talk to me about” and JC said “Yes Prime Minister. the hospital” and really went on to her about it….and that’s how we got it.”

Lord Campbell was not so keen on the idea of having Europe’s largest under cover shopping centre in Milton Keynes. He “…thought they were ‘mad’ to build (a) 1 million square feet city centre in the first phase and under one cover. When it opened in August (he) took (a) whole family and gave them £5 each because he thought they’d be the only people there!” he goes on to say “I was absolutely wrong about that. It scared me stiff, I thought, we’ve bitten off more than we can chew.”

Lord Campbell listed the greatest successes of Milton Keynes for him as follows: