Dad, me and Milton Keynes-Louise Roche

It’s 1970, I am ten years old and my Dad has an exciting new job. He is to head up the building of Britain’s newest and biggest new town, Milton Keynes. But I am not happy,  I do not want to move away from my house, my school and my friends.   I can’t see beyond my world and the fact that my Dad, at the age of just thirty-eight, has been given the biggest job in New Town development this century naturally does not occur to me. Why would it? 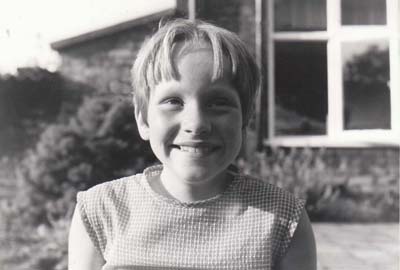 The drive down the motorway from Runcorn to Newport Pagnell was not a happy one – two kids aged ten and twelve folded up in the back of an Alfa Romeo was a bad idea and then to top it all the blooming thing broke down.  This did not bode well for our new life.

We moved into a beautiful white house called Holmfield in the pretty village of Simpson.  My brother and I spent many happy hours playing in the barns and out buildings that were on the surrounding land. Where Marshworth now stands there was even an empty cowshed where I befriended a Feral cat that became a much loved pet.

My new school was nothing like my old one.  At Simpson primary school we did projects and were encouraged to express ourselves and the teachers were relaxed and friendly– the opposite to the draconian regime at my old school.  I found it unsettling.  And I soon realised I was going to have a rough ride because the kids here didn’t really like me or more accurately they didn’t like what my dad had come to do to.  These kids had grown up enjoying their countryside and a bunch of strangers had come to take it away.  It was not uncommon for me to be attacked with sticky Goose grass on the way home and I found it hard to make friends with a relatively small group of kids who had all grown up in the same village together.  I was an outsider. 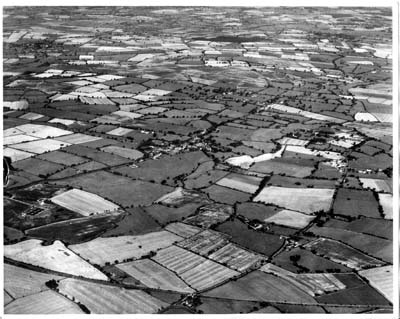 The land on which Milton Keynes was built

Building seemed to begin almost as soon as we arrived.  One vivid memory is of the pounding pile driver at the bottom of our garden which sounded like it was just outside my bedroom window.  It was digging the foundations for a bridge to carry the H9 over the Grand Union canal.  I don’t know how true it is but the story goes that Dad made sure the H9 was one of the first roads to be built because it was a direct route to his office at Wavendon Towers. 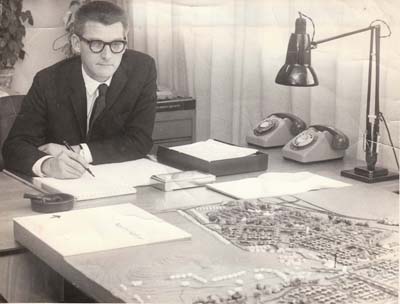 I remember Dads office well – trendy black leather chairs, architectural awards on the walls, a great big desk and swivel chairs that I played on.  Dad not only had his eye on the bigger picture he also paid attention to detail, once a week he would ring the corporation reception from home to check how long it took for someone to answer.  Another night when it was raining heavily he went out in his pyjamas to check that the rooves were still on the newly erected houses at Tinkers Bridge. When the city centre opened much later in 1979 he would pick up any disgarded litter and put it in the bin.  I found it amusing but he was genuinely horrified that anyone would disrespect this beautiful building.

We didn’t see a lot of him during the week, he left early in the morning and rarely arrived home before seven or eight every evening, then he might go out again to a public meeting, presentation or formal dinner. It seemed that almost every weekend my parents would entertain – either visitors from abroad who had come to see the city being built or friends who were usually also colleagues, the talk would be about politics, the arts and of course the city.  I loved sitting with the adults listening to the lively debates involving architects and the ‘cool’ young things sitting in our lounge discussing grid roads, building, politics with Simon and Garfunkel playing in the background.

My early memories are of visiting building sites with Dad, sicky smelling mud, mud,mud and more mud.  You really cannot imagine how muddy it was in those years when they were building at such an incredible rate.  First they built all the roads and what they call the infrastructure.  I was later told it was done this way because the very existence of Milton Keynes was under threat by Whitehall and the thinking was if they built the infrastructure first they would have more chance of securing the money to fill it in. 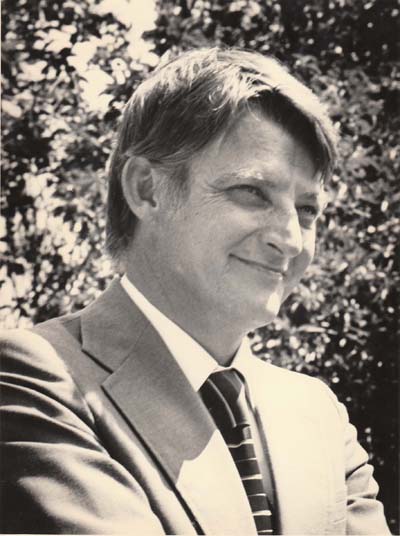 It worked and here I am forty five years later bringing up my own children in Milton Keynes.  I love our city that was built on green fields all those years ago and I feel very proud that my father played such an important part in it’s creation.  Sadly he died for too young in 1992.  I miss him and his wise counsel very much but I’m grateful that he has left such an amazing legacy.  When asked how he would like to be remembered he said he hoped the planners would be forgotten because that would mean the people felt they owned the city.  Sorry dad – I would have to disagree you on that one.