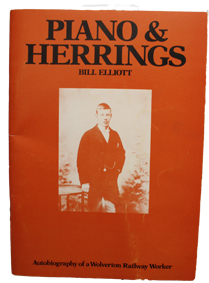 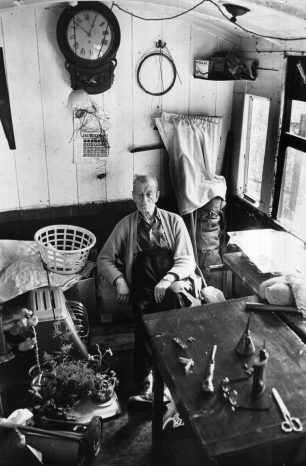 Piano and Herrings was the first book published by the People’s Press of Milton Keynes whose aim was to publish local books by local people for local people. Bill Elliott was born in 1884 and had spent all his working life in Wolverton Railway Works. He was interviewed by Roger Kitchen and his words were transcribed and ordered into chapters.

The launch of the book was announced in a big article in The Wolverton Express and it was sold at the Friday Market – where the Town Hall is today. The first imprint of 1000 books sold out in 6 weeks.

The phrase ‘Piano and Herrings’ refers to the belief that Wolverton people were so concerned about having a status symbol like a piano that they could only afford to buy a cheap fish like herrings to live on. In the East End the phrase is ‘Kippers and Curtains’.