You are here: Home>Archive>Bigger Brighter Better>Oral history audio recordings with groups of Bletchley residents (1995-1996).>Interview with three members of Bletchley Mothers' Club about family life after moving to Bletchley (1996).

Interview with three members of Bletchley Mothers' Club about family life after moving to Bletchley (1996). 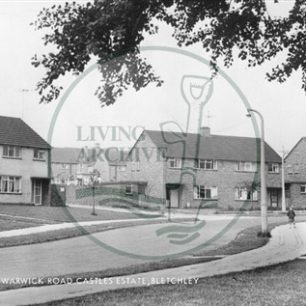 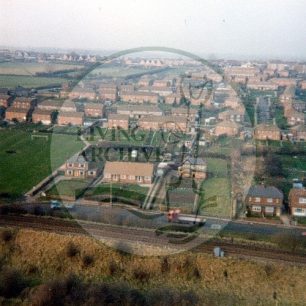 Muriel Barton came to Bletchley in 1963, when her Fire Brigade husband was transferred there. Housing was much cheaper than in Hayes, Middlesex and it ‘seemed nice and countrified and open, school was near’. Their relatives liked their new homes ‘in the country’.

Carol Bryant moved in 1959; her husband got a job at Copperads in Wolverton, but they decided that they would prefer to live in Bletchley.

Lily Sculthorpe first lived in a council house, from where they moved to their own house in Stoke Road, then when her husband worked for the Milton Keynes Development Corporation they bought a plot of land and built a house.

The interviewees remember the barrow stalls in the market, the cattle market, and the fair with elephants and monkeys. They had little time for social life, and there were only the cinemas at that time. They remember a friendly neighbourhood, and having parties for the children. ‘Mothers Club started as young Mums with babies, now it’s retired women, old Grannies’. They talk of making a home on a shoestring; getting bits and pieces from the family, saving up. They remember some ill-feeling about incomers. Some took a while to settle in and some estates were better to live on than others. Both Muriel and Carol worked for some of the time, Carol at Scott Meats, and Muriel at Wipac.

None of them would go back to London now: ‘we are Bletchley people’. But they consider that Bletchley has deteriorated since Milton Keynes and its city centre came. ‘Everything is geared around the city centre.’