Celebrating the life and times of New Bradwell’s eccentric priest 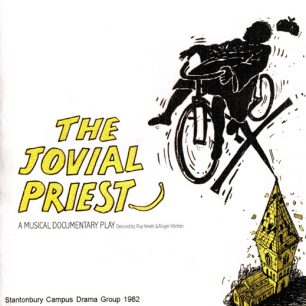 Father Newman ‘Joey’ Guest was vicar of St James Church in New Bradwell from 1908 – 1946. The ten songs here celebrate the exuberance of Father Guest’s life and times, including both his athletic exploits and his congregation’s other dramatic entertainments…

‘An Irishman with a keen sense of the dramatic’, he incited vestry members to quarrel, the choir to strike, and announced to his congregation that those who had married in the church were living in sin as St James had not yet been properly registered – all of which is covered in Paul Clark’s ballad about him.

Arranged by the musicians