John Haynes-MY LIFE THROUGH THE YEARS

My life through the years 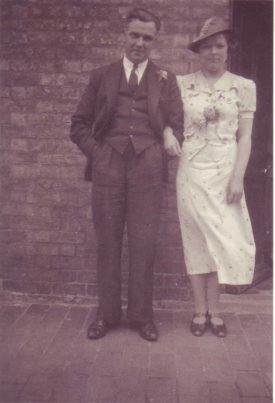 Born in Bedford Maternity Hospital 15th January 1947 to Edna Peggy Haynes and Eric Benjamin Haynes, my first years of my life I spent in No 17 Thompson Street, New Bradwell. 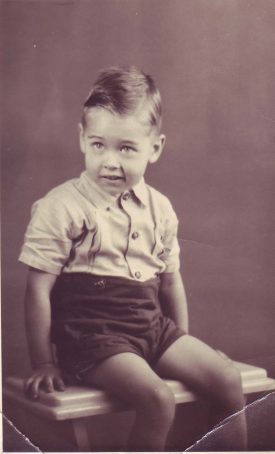 The house that I lived in was knocked down to make a road into the new estate to house the people from the old Railway houses Bridge, Spencer and High Street. In 1950s we moved up to no 43 Bridge Street because it was a bigger house with three bedrooms and outside toilet. I lived there until 10th April 1971 when I got married to Valerie Garner from Wolverton we were married at the Methodist Church opposite the first house i lived in. 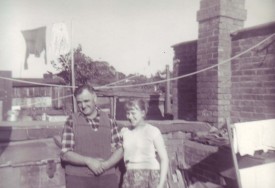 Dad and Val at Bridge Street

We started our married life at 26 St Giles Street, New Bradwell we lived there for three years until moving to Marina Drive, Wolverton where we still live. We have two children Adrian was born in 1972 on Valentine’s Day he is married to Nicola and has one daughter called Lois and live in Linford, Sheryl was born in 1975 on St Swithins day she lives with her partner Chris and one daughter Aimee and live in Westcroft. 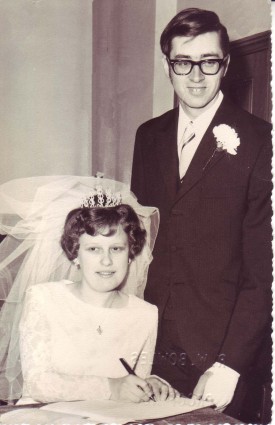 I stayed there until I was 15 years which was the age to leave in those days. In Easter of 1962 I started in the Railway Works Training School I was in there for 12 months the first 6 months you go round all the different trades to try and see which one you are suited to, after the 6 months you get to pick the trade you would like and if you were lucky you are given an apprenticeship in that trade I chose Carpentry and Joinery I was lucky as there was only one place. The next 6 months you were given extra training in your ready for the big wide world of the works. We had a 5 year apprenticeship and finished on your 21st birthday at the end of my time there was no job at my trade so I went into the offices as I still had 6 months of my City & Guilds course before my final exams. I passed my intermediate in Cabinet Making and Carpentry & Joinery and finals in Carpentry & Joinery. I have been very lucky having been at my trade all of working life even doing two and half pass retiring age finishing August 2014.

I love my football playing at school in the infants and senior teams in different positions before deciding on goalkeeper. I started playing for New Bradwell St Peter at the age of 14 playing most off my football there apart from a season at Old Bradwell and two at Mcquoradales in Wolverton. I finished my playing career at Wolverton Town F C and I stayed there for a number of years after I stop playing doing numerous jobs, manager, coach, pyhsio, secretary, chairman  to name a few . I left Wolverton to have a rest from football but within months the Peters were knocking on the door asking me and the wife to go back to help out which we agreed staying there for twenty odd years. In that time I was pyhsio, fixture secretary, secretary, treasurer, vice chairman, and then chairman until four years ago when I packed it all in. In all the time I have been involved in football have had the support of my family with the wife working in kitchen, washing kit and in our early years babysitting some of the players kids on away games, Adrian has helped me in all of my different roles at both clubs and has also taken time out to be with his family.

I have had some other pastimes my earliest being fishing along the canal at the back of me starting off with a bent pin a quill and a cane for a rod until Roger Bunce moved next door to us Bridge he gave me my first proper fishing rod. I still have all my kit but don’t go much these days. Also the Methodist youth club in North Street were I jioned the junior section and then progressed to the senior section.This is where I first met my wife I then went to help run the junior section.