Bradwell Windmill is situated just off the V6 Grafton Street and is one of Milton Keynes’ most distinctive historic features. It is a stone tower mill built of locally quarried limestone. It has a pair of common sails, on which a sailcloth is spread, and a pair of spring sails. The wooden cap can be turned which enables the sails to be always facing into the wind. 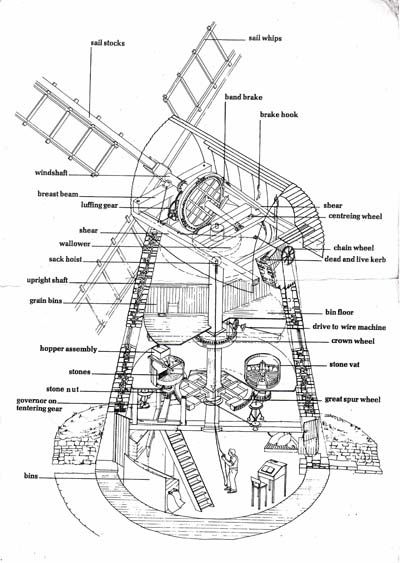 The windmill has three floors above ground level, the stonefloor, the binfloor and, at the top, the dust floor. On the stone floor there are two pairs of millstones set in timber vats, one pair of Derbyshire Peak stones, used for grinding animal feed, and one pair of French burrs, for grinding flour for human consumption. An unusual feature of the windmill is a fireplace on the ground floor, which would have been very risky as flour dust is highly explosive.

Before 1800 the milling needs of the local community were served by the many watermills on the river Ouse and Bradwell Brook but, with the opening of the Grand Junction Canal, which linked London to the Midlands, the possibility of serving a wider market was opened up. With this in mind, Samuel Holman acquired an acre of land from Henry Wilman, close to the newly opened canal, with the intention of erecting a tower mill. It is not known exactly when the building was completed but a reference was made to it being ‘newly erected’ in 1817. The cost of the windmill was thought to be around £500, a considerable sum in those days. Samuel operated the windmill until his death in 1825, at which time it was inherited by his wife and son.

In 1846 the mill was under the ownership of Elizabeth Curtis and was run by William Carr (whose name you can still see carved into a tentering beam in the mill). Over the next few years ownership of the mill passed through the children of the Curtis family.

In 1857 the mill was purchased by Robert Adams of Bradwell Abbey. His intention was to set up his ward, John Abbott, in business at the mill. Unfortunately, John Abbott showed no interest in the business so Robert Adams persuaded his son, also called Robert, to move from Manor Farm to the mill cottage in order to get the business up and running, in the hope that John Abbott would take over at a later date. By combining farming and milling Robert Adams junior made a profitable business. He employed the use of a steam plough engine at the mill on days when there was little wind in order to provide supplementary turning power. 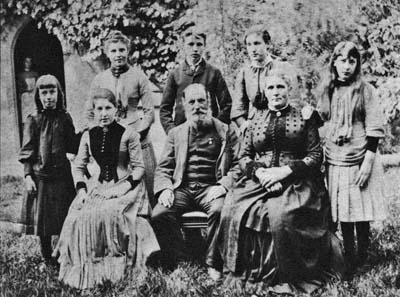 Despite Robert Adams’ success, John Abbot was still not interested in pursuing milling as a career and sold his interest in the business at Boughton Green Fair in 1871. Robert Adams junior then moved to Carr’s watermill in Haversham and a new miller, Robert Saxby, took over the business for a short time.

By this time large, steam powered, rolling mills were becoming established, milling grain that had been imported from America, and the distribution of flour was much more efficient due to the extensive rail network. This, along with the fact that arable farming was decreasing in north Buckinghamshire, meant that the windmill could no longer run at a profit and so it ceased operation, it is believed, in 1876. 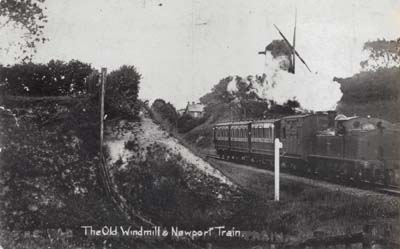 By good fortune, the cap of the mill remained mostly intact into the twentieth century, thereby protecting the wooden machinery within. Many mills were demolished in the first half of the century but Bradwell Windmill was thought to be worth preserving as an outstanding landmark and so was purchased for £80, in 1949, by Wolverton Urban District Council.

By this time the roof had collapsed, the sails were beyond repair and the interior was starting to decay. A new roof and sails were constructed, the tower re-pointed and the mechanism, floors, timbers and ladders were all repaired. It was then reopened to the public.

In 1967 one of the sails was blown off in a gale and a second was removed for safety purposes. Two years later the mill was purchased by Milton Keynes Development Corporation. In 1971 it was decided to restore the mill to full working order. Work began in 1976 but was not completed and the mill was placed into the ownership of Milton Keynes Borough Council in 1992. 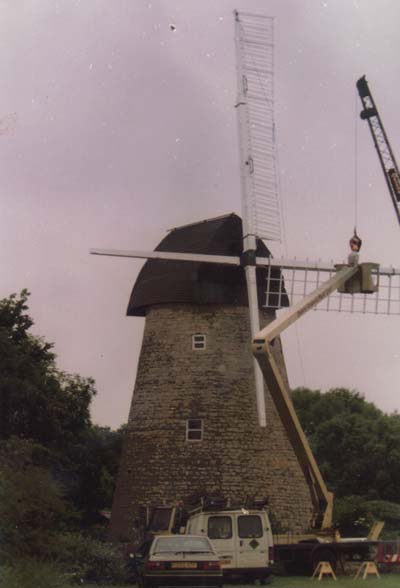 In 1993 one of the sails partially collapsed in severe weather and so, for safety reasons, all the sails were removed. In 1994 the Commission for New Towns funded the repair of the sails.

A Friends of Bradwell Windmill group was set up and the mill had its first open day on the May bank holiday 1996. 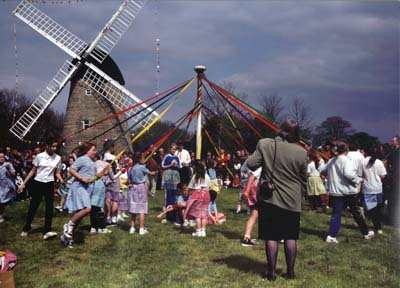 In 2014 the windmill underwent further restoration, with new windows and cap cladding fitted, sails refurbished and additional restoration to the machinery. It is now restored to full working order, with an electric motor fitted, which enables the millstones to grind whatever the weather. It is open to the public every last Sunday of the month over the summer. Details of opening times can be found on the Milton Keynes Museum website. 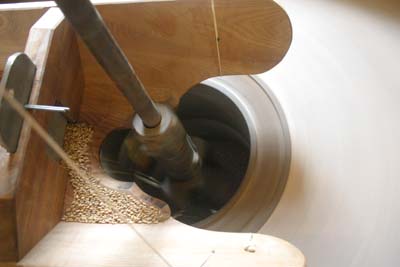