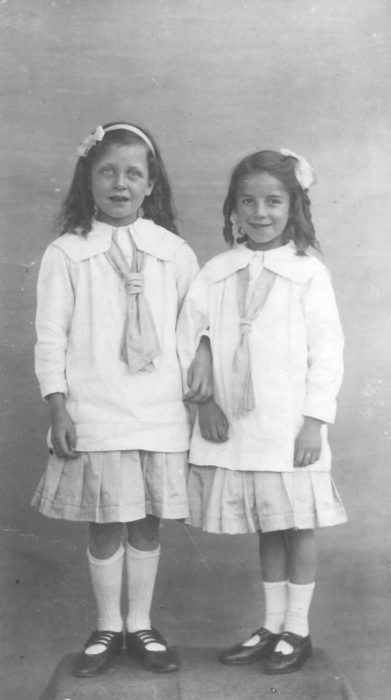 Ciss Green, Maud Bartholomew when they were 7 years old in 1916. Both in dresses with linked arms with a neutral background.