Our Sportsmen's Gallery, No.9 Sam Kitchener. 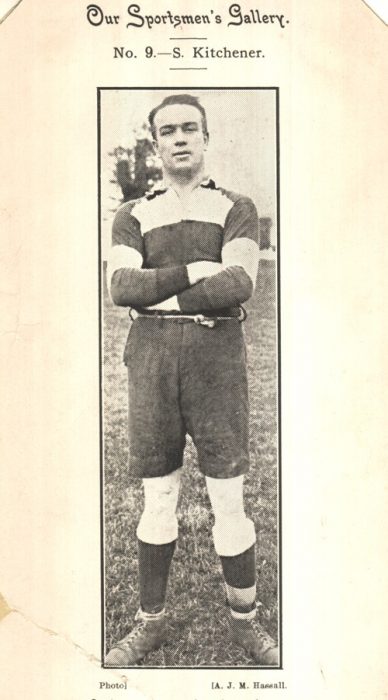 Titled ‘Our Sportsmen’s Gallery’, No.9 Sam Kitchener, a black and white full-size image of Sam Kitchener. The text below the image reads: ‘Sam’s a sportsman and trier to the core, Keen leader of the Bonny Boys in blue, In the scrummage he is ever to the fore, There he battles out the issue with his crew, Calls his pack to yield them of their very best, Heart and soul to struggle in the battle’s van, Experienced in a school which plays with zest, Never flinching when the combat’s man to man, Ever ready, ever willing, let your deeds their story tell, Rugged player, genial comrade, you have served the old Club well. Photo by A. J. M. Hassell.