In 2013 a committee was set up to represent Hanslope in its commemoration of the First World War. We soon realised that many more people had been involved than the village Roll of Honour and War Memorial suggested.

When war was declared on 4th August 1914 there were already a number of men from the village serving in the regular army. Within six months an enthusiastic parish had installed a beautifully designed Roll of Honour and hung in the porch of the parish church St James the Great. 66 men’s names were inscribed. Six of these were to die, one, James Ralph Denton, was in fact dead before the Roll was dedicated in April 1915. His name also appears on the War Memorial in the Soldiers’ Chapel inside the church. 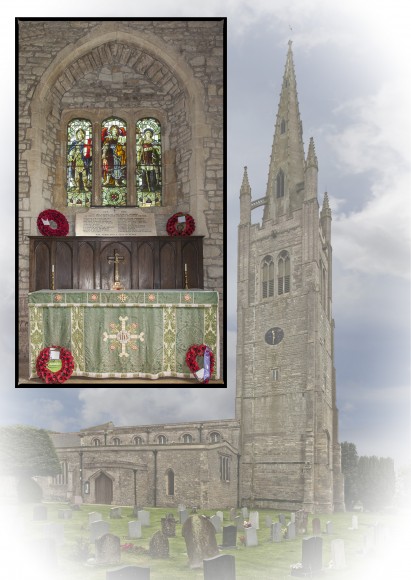 James was part of a typically large family and born in 1894. his siblings were: John born 1890; Elizabeth 1897; William 1899; Nellie 1904 and Percy 1906. Like his father, they were all born in Long Street, Hanslope. Their father was John Samuel, was a Hanslope agricultural worker. He worked for a number of years at Lillyhill Farm, Hanslope but by the 1911 census the family lived in the north Buckinghamshire village of Stoke Goldington five miles away where he was a stockman. His wife Emily had been born in the nearby hamlet of Gayhurst. Their eldest son John had enlisted in 1908 and served for 12 years in the Royal Garrison Artillery as a gunner and later in the 1st London Regiment. In 1916 he married Lily May Cook of Fareham where he seems to have lived after his discharge in 1920.

Meanwhile brother James enlisted in Northampton for the army in 1910 aged 17. In 1911 he was recorded in the National Census as a private at the South Raglan Barracks, Devonport, Plymouth. By 1914 he was a Lance Corporal in the 2nd Battalion of the Northampton Regiment which was stationed in Egypt at the outbreak of war but returned to England and was posted France and Flanders by November 1914. 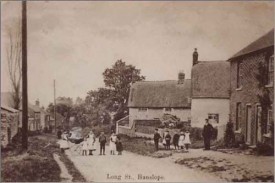 James enlisted in Northampton for the army in 1910 aged 17. In 1911 he was listed in the National Census as a private at the South Raglan Barracks, Devonport, Plymouth. By 1914 he was a Lance Corporal in the 2nd battalion of the Northampton Regiment which was stationed in Egypt at the outbreak of war but returned to see action in France and Flanders by November 1914.

The first major battle of 1915 was at Neuve Chapelle, and on 14th March 1915 James was killed along with several hundred other men from his regiment for whom there are no graves. 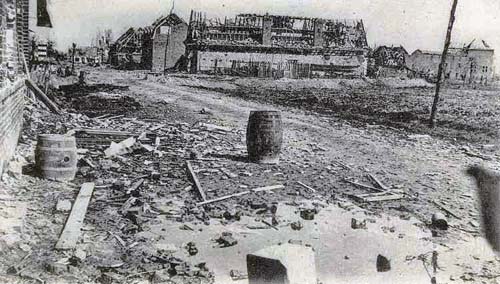 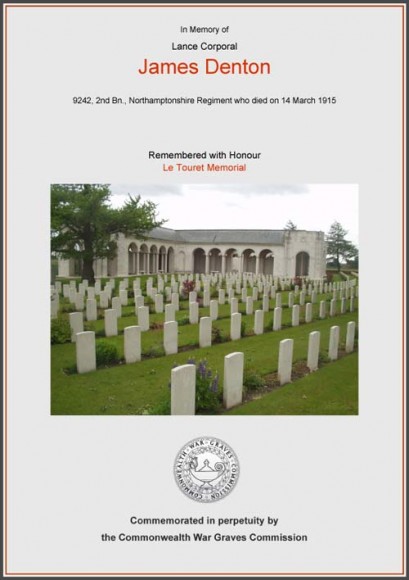 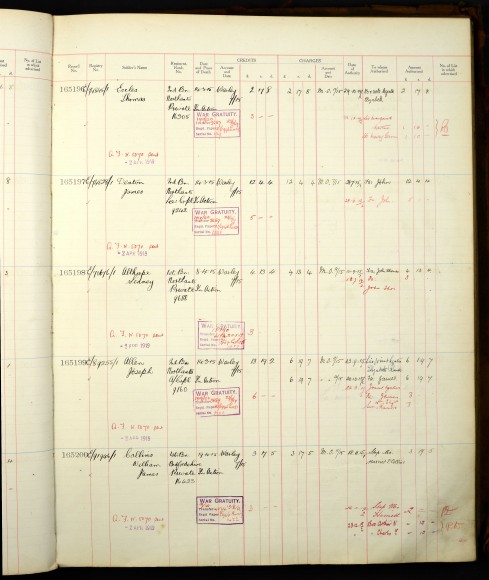 Entry for James on the official War Effects book

James’ father eventually received his son’s outstanding army pay (£12.4s.4d) together with a War Gratuity of £5. (Altogether worth about £370 in today’s money).  The family also received the trio of medals that were awarded to James, commonly known as Pip, Squeak and Wilfred.* John eventually died in 1944 aged 79 and Emily in 1955 aged 86 years.* The 1914-15 Star, British War Medal and Victory Medal respectively.

We managed to trace two members of James’ family: a nephew, Brian, who had inherited James’ medals and a 3x great niece, Susan, via Ancestry website.  They met for the first time at an exhibition about James held next to the war memorial in the church to the commemoration of the 100th anniversary of his death on 14th March 2015. That evening the church tenor bell was tolled 21 times – once for every year of James’ life followed by the ringing of a peal in his honour. 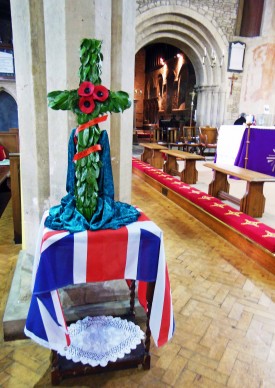 Along with James’ medals Brian had two others which we have been unable to identify. At the outbreak of war, the regiment was stationed in Egypt. The first suggests that he took part in an Athletics event there and received this bronze medal. 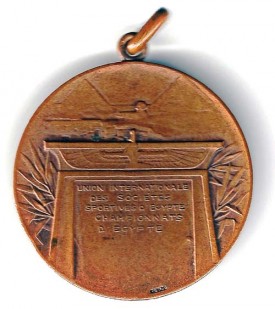 The second, probably a souvenir picked up in Italy when his regiment was on its way back to England. 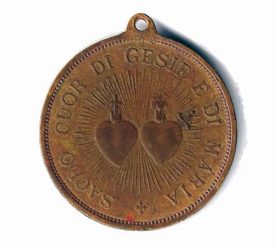 A few months ago, we found a photograph of James which had appeared in The Northampton Mercury. I forwarded a copy to Susan and her response was extremely moving:

“I knew this face as soon as I saw it, he’s very much like my youngest son Mark! You would seriously think they were brothers! I immediately showed it to my eldest son, and asked who this person looked like, and he said Mark, straightaway. It’s uncanny! When Mark came in later, I showed it to him, and he couldn’t believe it either! Incredible!” 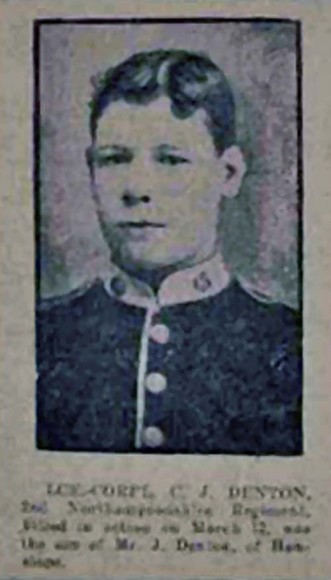 The Hanslope WW1 committee owe a huge debt of gratitude to the work of the team that created and maintain the website, Buckinghamshire Remembers, which lists almost every person who served in this county. Also to the Heritage Lottery Fund for a generous grant to undertake our projects.