You are here: Home>Local history>Areas>Deanshanger>Employment and other Family Events, 1920s/30s

Employment and other Family Events, 1920s/30s

From a book about his life in Deanshanger by W.H. Case 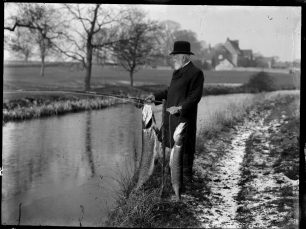 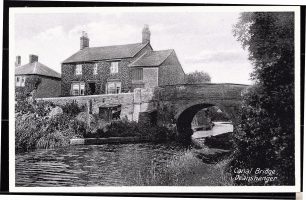 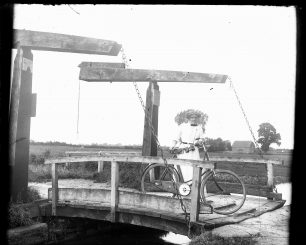 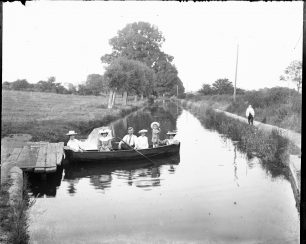 With the local Agricultural Works’ rapid decline in constant employment, my father evidently considered that I should find other employment; and so it was that he got me apprenticed as a bricklayer for a well known firm situated four miles from home. So, having learned to ride a cycle a year or so previously, I was thus given my first cycle. Therefore I was, for the matter of about three years, to follow the trade of a bricklayer. Meanwhile, during the time I have written of, my eldest brother, Frederick, had become a Wheelwright, through apprenticeship at Messrs. E &H Roberts Works. He was quite an accomplished cricketer and footballer, all with the Wicken Sports Club.

My sister Margaret, who followed her mothers footsteps, in domestic service, did not let the family down. She won many prizes at local sports meetings, in hundred yard sprint races

Brother Darrell was also keen on football, and played for Stony Stratford, as I did for three seasons. He too, like sister, was keen on athletics, and became a member of both Wolverton and Birchfield Harrier Clubs.

During these years, we lost a brother, Cyril, who had been an invalid much of his life, and also suffered blindness.

Youngest brother, Claude, who was at School six years later than me, also showed promise on the Cricket field from school leaving age, and had he enjoyed better health at that time, would have went places. He commenced work apprenticed as a Plumber and Painter, but within a short time was persuaded to change this employment by Dr Richard (“Dicky”) Hurst who was at the time teaching him music. Mr Hurst was employed in the Wakefield Estate Office on the Hillingdon Estate. My brother left his apprenticeship and then worked with Mr Hurst, through which association he learned much concerning secretarial and book-keeping duties.

Mr Hurst was also an accomplished organist and was faithful in that, for fifty years, he was organist at St John’s Church, Wicken. My brother also took to playing the Organ, and some years later was appointed organist at Wicken, after a lengthy period at Deanshanger Church. He also did much playing with local dance bands, as a proficient saxophonist.

You will have noted I said my bricklaying apprenticeship lasted three years.It so turned out my employer was somewhat of a spendthrift character, and was not devoting full time to his business. Inevitably the building firm closed down, and I, with the other employees found myself without employment. To make matters worse, during 1926, the General Strike had taken place. This event, to my mind, was the cause of a recession in employment, which lasted into the early 1930s. To this day, I want no part, nor would take part in any strike. Thus I was thrown out of work, and could find no other building employer willing to take on a young man who had learned the arts of various bondes etc. I left the erection of brickwork to a fair extent. So I was left with a fight on my hands as to whether to look for other work or try and remain in the trade.