You are here: Home>Wolverton on Film DVD Vol 10 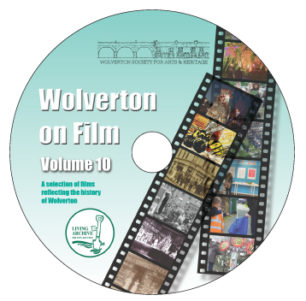 The latest volume in the Wolverton on Film series, sharing films about the history of Wolverton and district, together with films made by film-makers who live in Wolverton.

This volume features: ‘Shopping as it used to be’, about the history of the Co-op in Wolverton; ‘Syd’, a tribute to local resident and theatre advocate Syd Pearson; ‘The Secret Winter Garden Illuminations’, a short film capturing light artist Ulf Pedersen’s transformation of the Secret Garden; ‘Britain in Bloom 2017’, the year in which Wolverton and Greenleys was awarded Gold by Britain in Bloom judges; ‘Wolverton Lantern Festival 2017’; and ‘Heaven for Humans’, an animated film by Wolverton resident Karen Hodges, featuring the town as a background to the story.