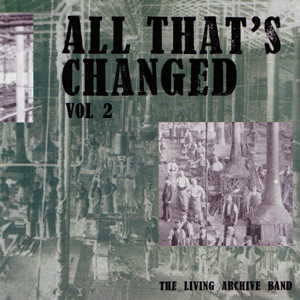 In 2008 The Living Archive Band set out to record a selection of the best songs from all of the projects in which it has been involved. A list of more than sixty songs was whittled down to a final selection of thirty, deemed to ‘stand on their own two feet’ out of context of the play for which they were written.

‘All That’s Changed’ is a two-volume set of CDs containing twenty-eight of the most popular songs in the band’s repertoire. The selection represents some of the best songwriting for community projects in Milton Keynes over the past twenty-five years or so. Visit the website of The Living Archive Band for more.

Please click on the track titles below to find out more information.