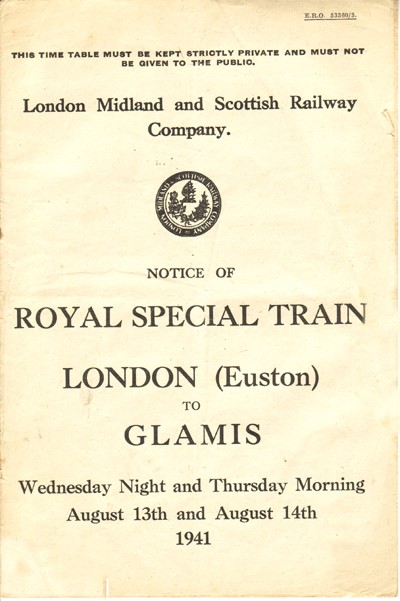 London Midland and Scottish Railway Company Royal Train programme for the special train from London Euston to Glamis on Wednesday night and Thursday morning August 13th and 14th 1941. This is formed of three pieces of thin paper folded and stapled together. On the inside page it lists the times that the train was due at every station on the route. On pages 4 and 5 there are instructions regarding signal boxes and air raid precautions; the rest of the booklet is a set of general instructions for anyone working on the Royal Train. On the back, handwritten in pencil, are times and names of people to be given tea.