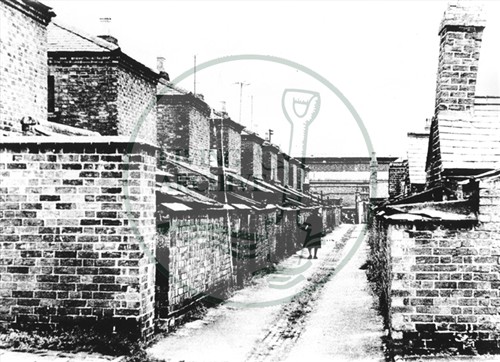 Rear of houses in the Little Streets (Accession Ref: XWN/P/079).

Topics covered include family, living in Wolverton, the ‘little streets’, housing in general and the new residents. Also working in the Wolverton Works Sewing Room and the Railway Stores Office and an interest in local history.